Proprietary Lease Coop – How Does it Work 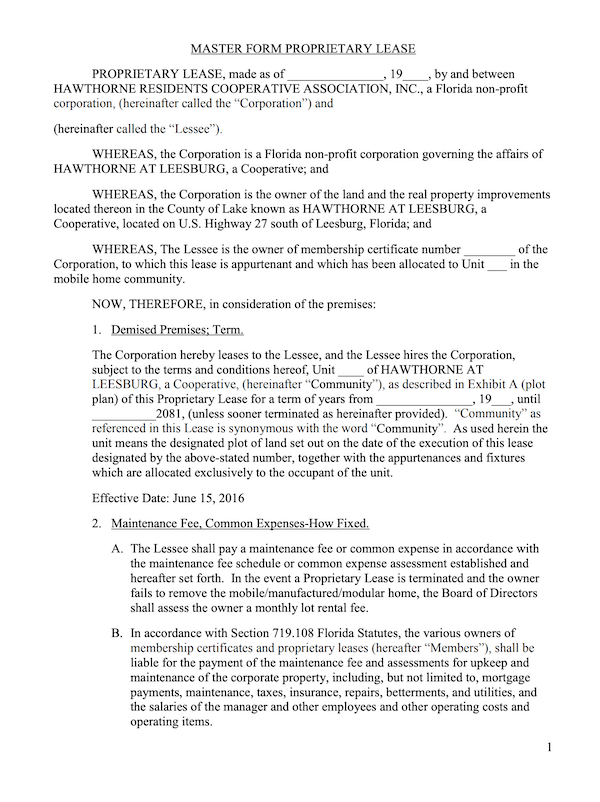 That’s right, the co-op building in which you live rents out your apartment. To you.

The document which determines the landlord-tenant relationship between you and the management and the board of the corporation that owns your apartment building is called the proprietary lease.

Want to transfer your apartment to a trust or put one of your children on the “deed?” The proprietary lease for your Coop probably has a language requiring you to get the “transfer of ownership” approved by the management and the board.

You are Also at the Mercy of the Bank

This is in addition to the fact that you will also need the transfer to the trust approved by the mortgage company. The way mortgages work in proprietary leases is that the bank that holds the mortgage has a mortgage lien on your shares of the corporation that owns your building, recorded in a central mortgage system and recorded with your apartment’s management. So before you transfer your Coop shares and proprietary lease to a trust for yourself or add a name to the “deed,” you will need the bank’s approval. Otherwise, the bank that holds your mortgage may have the right to “accelerate” the mortgage and foreclose on your apartment even though you’re making mortgage payments.

You can see how you, in a way, get the worst of both worlds in a Coop with a proprietary lease. You can both be foreclosed on by the mortgage company and be evicted by your “landlord,” the coop management. But that’s how apartment ownership is set up in New York City, so we’ve all learned to live with it.

Problems with the Board or the Bank?

An array of issues can occur with the board and the bank which an attorney can help you resolve: