Can I Sue My Employer for Injury at Work? 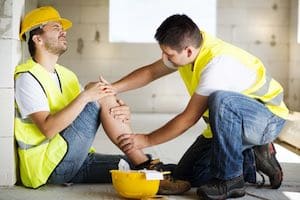 If you have been injured while working on the job, one of your primary questions would be, “can I sue my employer for injury at work?” In New York, the general answer is, no, you cannot sue your employer for injury if you are able to claim under the New York Workers’ Compensation Law (WCL).

This no-fault system allows the injured worker to immediately access funds to pay for medical costs and lost wages, which would not have been available if the injured worker had to go through litigation and file a personal injury or negligence lawsuit. Lawsuits would take a year or more, while claims under the New York WCL are released faster.

There are exceptions, however, which allow you to file a negligence lawsuit against your employer. You may also still pursue a third-party claim, in addition to a claim under the New York WCL.

There are exceptions to workers’ compensation law where you can sue your employer for injury at work:

Grave injury has been defined in WCL § 11 as:

Third-party actions, in addition to WCL

If there is another negligent party, aside from your employer and co-employee, then you can claim damages arising from injury under the New York WCL with your employer’s insurance company, and at the same time, file a personal injury lawsuit against a third party (who is not your employer or co-employee), such as a manufacturer or any other person. In third-party actions, you can sue for pain and suffering, emotional distress, future loss of earning potential, and other out-of-pocket expenses not covered by workers’ compensation.

For example, you are a messenger, driving the company motorcycle. While performing work for your company, you got injured by a third-party motorist. You needed medical attention worth $20,000 and you were not able to work for 30 days. What are your options?

First, you can file a claim under New York WCL because you got injured while performing your job. With the WCL, you don’t have to prove the employer’s negligence to be entitled to the benefits because the New York WCL is a no-fault system.

Second, you may be entitled to no-fault benefits under New York’s Motor Vehicle no-fault law.

Third, you can file a claim against the third-party motorist for negligence and claim for other damages not covered by workers’ compensation, such as punitive damages, emotional distress, and pain and suffering.

Filing under WCL and a third-party action

When you file both a claim under the WCL and an action against a negligent third party who is not your employer or co-employee, the law prohibits you from receiving excessive awards. For this reason, you are required to return 2/3 of your workers’ compensation benefits back to the insurer when you receive a personal injury settlement from the negligent third party.

Fortunately, you can circumvent the provision of returning the 2/3 amount back to the insurer by agreeing to a Section 32 global settlement, which allows the injured worker to settle both cases (the personal injury lawsuit against the third party and the claim under WCL) with one agreement. As part of the settlement, the insurance company will waive the 2/3 compensation it should receive from the personal injury award or settlement.

Can an independent contractor file a claim under WCL?

The law provides for several criteria to determine whether a person is an employee or an independent contractor:

Above are factors that the court will use to determine whether an independent contractor is an employee that should be covered by WCL. One factor will not alone determine the status of a person. Instead, a totality of the factors will be considered.

If the independent contractor is considered an employee based on the above factors, then the employer should purchase workers’ compensation insurance for the worker.

Filing a claim with the insurance company

The judge will hold hearings and will receive testimony and other medical and documentary evidence. The judge will make a decision on whether you are entitled to workers’ compensation benefits and how much this benefit would be. If the judge affirms the insurance company’s denial, you can still appeal this decision with the workers’ compensation board.

Appeal to the workers’ compensation board

Appeal with the Appellate Division of the Trial Court

If your claim is still denied by the board, you may appeal this decision with the Appellate Division of the Supreme Court within 30 days from receipt of the board’s decision.

Returning back to work after the injury

After you have recovered from your injury and your doctor gives you clearance to go back to work, you can return back to your place of work. You may or may not have your old job. You may be reassigned to a different department. Or you could be terminated from your position.

When you have been injured in the workplace, your first instinct might be to file a personal injury lawsuit against your employer. It is important for you to seek the advice of a personal injury attorney immediately to know your legal options. Should you need assistance, we at the Law Offices of Albert Goodwin are here for you. We have offices in New York, NY, Brooklyn, NY and Queens, NY. You can call us at 718-509-9774 or send us an email at attorneyalbertgoodwin@gmail.com.