Elder Abuse Lawyers in New York – What We Do 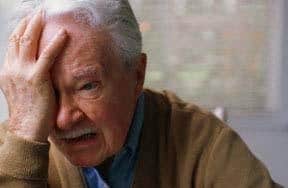 Seniors are extremely vulnerable to abuse; this is why it’s important to speak with an elder abuse lawyer in New York if you suspect something is wrong. Due to the sharp decline in mental sharpness and physical fitness brought about by old age, they become very reliant and dependent on others for their needs. Unfortunately, the people who are supposed to take care of them may sometimes be the main perpetrator of elder abuse.

If you have a loved one who you believe is being subjected to elder abuse, it may be time to take action by engaging the services of an elder abuse lawyer.

What is elder abuse?

The World Health Organization defines elder abuse as “a single, or repeated act, or lack of appropriate action, occurring within any relationship where there is an expectation of trust, which causes harm or distress to an older person.”

Elder abuse comes in different types ranging from overt abusive acts against old people to less noticeable forms of abuses. Listed below are the common types of elder abuse:

To protect your loved one from elder abuse, legal action would often be required to stop the perpetrator from continuing the abuse against the elder. A competent elder abuse attorney will take into account the unique circumstances of your case before advising you of the proper legal step to take. Hence, the potential legal remedies will vary.

For instance, if the elder is a victim of financial abuse, a possible legal remedy might be to petition the court to appoint you as your loved one’s guardian. Being a guardian will allow you to have control over your loved one’s financial affairs. This will make it extremely hard for the abuser to continue taking advantage of your loved one since you will now be managing the finances.

How an elder abuse lawyer in New York can help you

Quick and decisive actions are necessary to combat elder abuse. As such, dealing with elder abuse would often necessitate legal action as to require the intervention and assistance of a competent elder abuse lawyer. An elder abuse attorney will evaluate the circumstances of your loved one and formulate the appropriate legal remedies to address the situation.

If you know or suspect that your loved one is a victim of elder abuse and would want to consult with an experienced elder abuse lawyer in New York, you can call the Law Offices of Albert Goodwin at (212) 233-1233.