If You Have Been Hit by a Train, Here is What You Need to Know 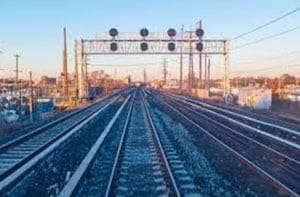 If you have been injured in or hit by a train, whether you are a pedestrian, a passenger inside the train, or inside your car hit in a railroad crossing, you need to get a lawyer immediately and sue the train operator. Unfortunately, injuries in train collisions are almost always catastrophic.

In New York, most train operators, such as the MTA (for the subway and the LIRR) and the Port Authority (for PATH), are public corporations. Thus, there is a very short period of time to file your notice of claim, which is 90 days from the time of the accident. If you do not file your claim within this period, your claim may be dismissed. For this reason, it is important to act quickly in getting a lawyer to file your claim.

If you or your loved one have been hit by a train, you need to speak to an attorney right away in order to reconstruct the incident before any evidence gets lost. We at the Law Offices of Albert Goodwin are here for you. You can give us a call at 718-509-9774 or 718-509-9774 or send us an email at attorneyalbertgoodwin@gmail.com.

Most lawyers, like us, will accept a personal injury case on a contingency fee, which means that we don’t get paid unless you get paid.

According to the Federal Railroad Administration, train accidents happen because of several reasons:

Whatever the reason for a train accident, it doesn’t happen on its own. It is most likely caused by negligence.

When a train accident happens, the National Transportation Safety Board, the train company, and other state and local authorities will investigate the accident and the potential causes. The defendants you will sue depends on the cause. It could be one of the following parties:

Most accidents are a result of the negligence of multiple parties. For example, if the accident was caused by a combination of defective parts and their improper use by the train operator, aside from the train operator, you can sue the manufacturer.

Elements of Negligence in Train Accidents

If you’ve been hit by a train, we can help you prove the elements of negligence, which are as follows:

Although the requirements for negligence appear straightforward, each element has to be proven with as much documentary and testimonial evidence as possible. For this reason, a lawyer, like us, can help you gather enough evidence to strengthen your claims. This includes gathering eyewitness accounts and getting copies of investigation reports to determine if the accident was the result of a safety device defect, equipment malfunction, impaired or distracted train operator, or other problem related to negligence.

You will need documentary evidence such as:

If you are claiming for lost wages and future lost earning capacity, you need the following:

You would need those documents to show how much you were earning, as well as a medical report from your doctor stating the time you need to stay home for recovery.

How much can I get if I’ve been hit by a train?

Sometimes, people underestimate the amount of damages they will sustain by reason of a train accident and settle for a lower amount. We are here to help you get the right compensation due to you. You must remember that you are entitled to damages, which should include

An attorney, like us, can help you file the notice of claim immediately in order for your claim not to lapse. Remember, you have a limited amount of time to file your claim.