How Long Does a Divorce Take in New York? What to Expect When You’re Divorcing. 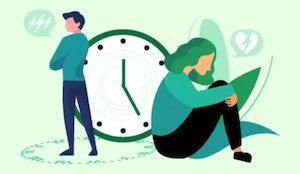 Contested vs. uncontested divorce: how long

An uncontested divorce is a divorce where there are no unresolved issues. Usually, this happens because there are no disputes regarding child custody or property. Sometimes, it is uncontested because the parties have already negotiated all issues before filing. An uncontested divorce in an uncontested court can take as fast as 6 weeks. In congested courts, the uncontested divorce will stretch to four (4) months. This period does not take into account the mediation stage in divorces with children and property issues. Depending on the complexity of the case and the relationship of the parties, the mediation portion (which results in a back-and-forth negotiation between the two lawyers of the spouses can take one to two months). A good divorce lawyer will know when negotiations should stop and when it’s time to file for divorce where the court is tasked with the responsibility to make a decision on the unresolved issues.

Recently, Kim Kardashian filed papers requesting that the court declare her legally single, despite the fact that some child and property issues still remained unresolved in her marriage with Kanye West. Kim Kardashian filed for divorce on February 2021, and on March 2022, the court granted her request to be declared legally single, despite unresolved issues in her marriage.

The request to be declared legally single in the midst of a divorce is called the bifurcation of divorce. New York does not generally recognize bifurcation of divorce, except in rare cases, because it eliminates the urgency in resolving the economic issues of marriage, which could lead to protracted litigation and economic coercion. The spouse with more money can drag the divorce proceedings longer because the wealthier spouse is already allowed to get married, giving that spouse more opportunity to coerce the other spouse to settle for less than what that spouse would be entitled to in order to save on legal costs.

What to expect in divorce proceedings

When spouses agree to divorce, they will try to resolve the issues amongst themselves. The most commonly-disputed issues in a divorce are spousal support, child support and custody, and property division. This negotiation process prior to filing the divorce can already take between 1 to 3 months, depending on the complexity of the case. Both spouses will be represented by lawyers, and there will be a back and forth sending of letters, settlement proposals, and stipulation drafts, until the spouses find a stipulation that is acceptable to both of them.

If the parties agree on a settlement of their divorce issues, the final divorce paperwork is prepared, the spouses sign it, and the documents are sent to the court for approval. The agreement means the divorce is uncontested, and the court approval can take two to three months from filing.

Filing and serving the divorce complaint and summons

If you file an answer to the divorce complaint, either party has to file a Request for Judicial Intervention (RJI) in order to bring the matter before a judge. The RJI is filed anytime after 30 days from the time the summons and complaint is served. Once the RJI is filed, the divorce case is scheduled for a Preliminary Conference before a judge or court attorney referee. This Preliminary Conference is scheduled around 30 to 45 days from the date the RJI is filed, unless there is an emergency requiring it to be scheduled earlier.

The above procedure will give you an idea of how long a contested divorce proceeding will take. There is no clear-cut time schedule because it will depend on how many issues remain unresolved, the kind of documents needed to be produced, and how fast the court responds to the requests (which depends on how congested the court is).

For this reason, it is always recommended that spouses agree to a pre-divorce filing settlement. Usually, when divorce proceedings begin and legal fees start piling up, the spouses become constrained to agree on an amicable resolution to their issues.

So, if you are wondering, how long does a divorce take in New York, an uncontested divorce can take 3 months for the court to approve, excluding the time required for you and your spouse to agree on divorce issues, such as property division and child custody. A contested divorce can take between 9 months to 1 year, depending on the complexity of the case. A contested divorce will go through the entire process of complaint, answer, request for judicial intervention, preliminary conference, discovery, presentation of evidence, and waiting time for the court to issue the divorce decree.

Your divorce lawyer will be able to guide you through this process. It is always better to take more time in the divorce proceedings rather than rush through the process because unresolved issues usually involve property division, which are important considerations that can affect your future.

Should you need a divorce lawyer, we at the Law Offices of Albert Goodwin are here for you. We have offices in New York, NY, Brooklyn, NY and Queens, NY. You can call us at 718-509-9774 or send us an email at attorneyalbertgoodwin@gmail.com.