Is it parental kidnapping when there is no custody order? 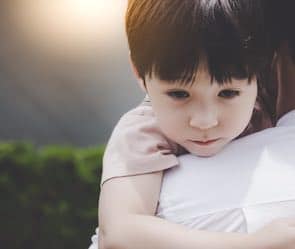 Generally, there is no parental kidnapping if there is no custody order because the default rule is that both parents are entitled to custody. Having said that, a parent with custody can still be convicted of kidnapping in extreme circumstances.

What is parental kidnapping

New York State Penal Law (PEN) § 135.45 penalizes custodial interference in the second degree if a parent (or a relative) takes a child less than 16 years old from the lawful custodian, with the intention of holding the child permanently or for a protracted period, knowing he has no legal right to do so. Custodial interference is committed in the first degree if the child is moved to another state or his safety is endangered or his health is materially impaired. NY PEN § 135.50.

Given this definition, there are three elements considered in the crime of custodial interference:

In People v. Jing Xiong, 2007 NY Slip Op 02786, the court convicted the defendant of custodial interference in the second degree when she went to China with her infant son in violation of a court order granting temporary custody of the infant son to the father’s sister.

In People v. Leonard, 19 N.Y.3d 323 (2012), the New York Court of Appeals confirmed the conviction of kidnapping of a parent with custodial rights over the child. In this case, there was no custody order because the infant was six weeks old. The father, who was the defendant, separated from the mother a few days after the child was born, unexpectedly went to the mother’s house and threatened her with a knife, allowed the mother to go to work while he looked after their infant child, and when the mother came back from work with the police, the defendant-father held the knife near the child’s chest and throat telling the officers that if they came closer, he would kill the child. Clearly, this case is an extreme case where a custodial parent was convicted of, not custodial interference but, kidnapping.

In these cases, one (the mother) was convicted of custodial interference because there was a custody order granting custody to someone else (the father’s sister). People v. Jing Xiong, supra. In the other case, there was no custody order so both the father and mother exercised joint custody by default. The father was not convicted of custodial interference because he can be considered a lawful custodian, but his actions endangered the child so much and were extreme to a degree that it was held to be kidnapping. People v. Leonard, supra.

What can the other parent do

When you suspect that the other parent has an intention to take the child away, remember that there is no parental kidnapping if there is no custody order. For this reason, your first step should be to request for a custody order from the court.

If the child has residence in New York, you can file an ordinary petition for custody with an application for a temporary custody order, pending resolution of the custody petition. You may be able to request the issuance of an ex parte temporary custody order (which means it will be issued without notice to the other parent) in extreme cases where the safety of the child is endangered.

If the child does not have residence in New York but is currently in New York, you can file for temporary emergency custody under New York Domestic Relations Law § 76-C. If there is an existing custody order in another state, the New York court may issue a temporary order effective for a limited period that would give the other parent the chance to go to the original state to request for modification of the custody order.

If you believe that the parent will take the child out of the country, you may request the court to hold the child’s passport. If the child doesn’t have a passport yet, you may try registering for the Children’s Passport Issuance Alert Program from the US State Department, which would alert you if a passport application has been submitted for the child.

Custody issues may be complex especially when parents don’t agree. It becomes more complicated when parents try to take the law into their own hands and move their children out of state without the consent of the other parent, whether it is in violation of a court order or not. If this has happened to you or you fear that it will happen, consult with a child custody lawyer, like us, immediately. If you need assistance, we at the Law Offices of Albert Goodwin are here for you. We have offices in New York, NY, Brooklyn, NY and Queens, NY. You can call us at 718-509-9774 or send us an email at attorneyalbertgoodwin@gmail.com.