Is Your Lawyer Two-Timing You or Conspiring with the Other Side? Probably Not. 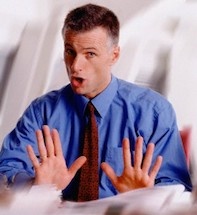 Is your lawyer is two-timing you? Are they working for the other side instead of working for you? Does your lawyer care more about the opposing side’s case than about your case? Probably not.

What you may be witnessing instead is your attorney trying to explain your case to you or trying to get you to settle your case. Just because you don’t agree with what your lawyer is saying doesn’t mean that they are two-timing you or are conspiring or is “in cahoots” with the other side.

Some lawyers promise too much and raise their client’s hopes up and then under-deliver on the result. That does not make them great lawyers. But it also does not mean that they are two-timing you. They may have been too optimistic in their pitch to you to retain them as their client. But they are unlikely to be conspiring against you with your adversary. It’s simply not worth it to them financially.

Is it possible that the attorney lied to you about the strength of your case just to get your money? It is possible. Or maybe they were just overly optimistic. Either way, it does not in any way mean that they are conspiring with the other side.

It is possible that your attorney is just incompetent or bad at their job. That is very unfortunate, but it’s not a conspiracy.

It is possible that you are so confident in your case and that you are right and the other side is wrong that you think that the only way you would lose is if your lawyer is betraying you and taking their side. The truth can be much more simple – your case may not be as good as you thought it is. People overestimate their chances of success in everything all the time. Every musician wants to be a rock star, every athlete wants to be in the major leagues, and we may dream about it and think that we deserve it, but it sometimes just does not happen.