Joint Bank Account with a Parent and the Parent Dies 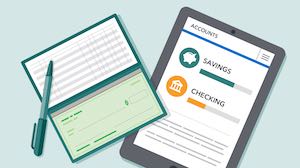 If you have an issue with a bank account with a parent and parent died, we at the Law Offices of Albert Goodwin are here for you. You can call us at 718-509-9774 or send us an email at attorneyalbertgoodwin@gmail.com.

Thus, if the parent opens a joint bank account with the child and the parent dies, the child receives the entire amount in the bank account as the surviving co-depositor. This can be problematic in a number of ways:

If the child predeceases the parent, one-half of the bank account goes to the estate of the child for estate tax purposes, even if the joint account is not subject to probate.

Income from the bank account may have to be reported either both by the child and the parent, split in half, or 100% by the parent in the parent’s income tax return. This amount is usually negligible for checking or savings accounts. However, in investment accounts, this amount may be substantial. Upon the death of a joint owner, the surviving owner will have to pay income taxes on the entire income received from the bank or investment account.

If the child has creditors, for example, an unpaid student loan debt, the proceeds of the bank account can be attached by the child’s creditors for payment of such debt.

Because of these issues that could arise from adding a child to the parent’s bank account, getting advice from an estate lawyer will be helpful in structuring the transaction to attain the parent’s financial objectives. An estate lawyer may recommend the use of trusts, a financial power of attorney, and/or a transfer on death designation in the bank account in lieu of establishing a joint account.

Because respondent “could not invoke the statutory presumption, [she] had the burden of establishing that the [bank] accounts were joint tenancies or a gift entitling [her] to rights as the survivor” (Matter of Seidel, 134 AD2d 879, 880 [4th Dept 1987]). Respondent averred in an affidavit that decedent placed her name on the accounts with the stated intention of gifting them to her. Respondent also submitted related account documents, including bank documents for all four accounts that reference both respondent and decedent’s names and include survivorship or joint tenancy language. Thus, respondent submitted evidence establishing that the four accounts were joint accounts with right of survivorship, and the burden then shifted to petitioners.

In opposition to respondent’s motion with respect to the ESL Federal Credit Union account and the two KeyBank accounts, petitioners submitted decedent’s will, which left the estate to the three children. Thus, the intent of decedent, as evidenced by her will, is inconsistent with respondent’s contention that the three bank accounts were gifts to respondent or joint tenancies with survivorship rights (see Seidel, 134 AD2d at 880). Moreover, petitioners submitted respondent’s deposition testimony that those three accounts were funded solely by decedent, that one of the KeyBank accounts was used as decedent’s primary checking account, and that payments out of that account were for only decedent’s benefit. Further, respondent, who became joint owner of those three accounts when decedent was in her mid to late eighties, testified that she helped decedent with her banking. Therefore, we conclude that petitioners raised questions of fact whether the ESL Federal Credit Union account and the two KeyBank accounts were convenience accounts, and thus, contrary to respondent’s contention, the Surrogate properly denied respondent’s motion with respect to those three accounts.”

Given New York case law, one may still rebut the presumption of a joint bank account as joint tenancy with rights of survivorship. Many parents right now establish joint bank accounts with their children. When the parent dies, the child then claims sole ownership over the proceeds of the bank account, to the exclusion of the other children, resulting to protracted lawsuits.

Other options aside from a joint bank account with child

To avoid issues arising from joint bank accounts, the parent should explore other options, aside from making the child a joint owner of the bank account.

If the parent’s purpose is to give access to funds to the child upon death, a transfer on death designation will achieve this objective. When the parent dies, the bank account does not need to go through probate, and the child, who is designated as beneficiary, can access the account upon the parent’s death by submitting the parent’s death certificate, among other requirements the bank will ask for. This ensures that the child’s creditors will not have access to the bank account, and the child will not be subjected to gift tax. The parent can also name more than one beneficiary, and in fact, name all the children as beneficiaries, in the transfer on death account.

If the parent’s purpose is to give the child access to the bank account for the purpose of helping the parent with the parent’s banking needs, such as making payments to utility providers, subscriptions, and mortgages, a financial power of attorney can help the parent achieve this objective. This financial power of attorney is a powerful document that allows the child to perform financial transactions on behalf of the parent. This allows the child, not only to perform bank transactions, but gives the child access to other accounts, such as IRAs and 401(k)s, and even the ability to sell real estate. Because of the power this document can give, it should be written by a lawyer and should state any limitations and instructions regarding the financial transactions.

If you need legal representation, we at the Law Offices of Albert Goodwin are here for you. We have offices in New York, NY, Brooklyn, NY and Queens, NY. You can call us at 718-509-9774 or send us an email at attorneyalbertgoodwin@gmail.com.