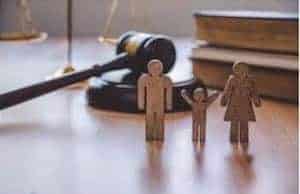 When is joint legal custody not feasible

Although joint legal custody is the preferred option, courts may not grant it when the parents’ relationship is acrimonious, and it appears that they will not be able to come to a timely agreement in making decisions for the best interests of their child. Communication between the parents is important in joint legal custody. In addition, when one parent has a history of being unreliable and out of touch for long periods of time, the court may grant sole legal custody to the reliable parent.

The specifics of how joint legal custody is exercised can depend on the agreement of the parents. Parents can collaborate on all decisions, if it is possible. Or each parent makes individual decisions when the child is in their custody, but they still make major decisions together. Or each parent makes certain types of decisions, such as the mother deciding what school to attend while the father deciding the religion. If the parents cannot agree, then the court may make the decision for them.

In joint legal custody, both parents make major decisions about the child, such as the child’s education and religion. For example, Father and Mother, recently divorced parents, have joint legal custody over their child, Child. Although Father and Mother, live in the same state, they live in towns 45 minutes away from each other. Because of the distance between the parents, Mother has physical custody, having Child during the weekdays, while Father has Child during the weekends. Because Father is Jewish, Father and Mother have raised Child as Jewish since birth. Father was thereafter surprised to learn that Mother had Child baptized as Catholic without even consulting him. Moreover, Mother moved Child to a different school without consulting Father. What is Father’s remedy? Father can file a custody/visitation enforcement/violation petition in New York family courts. Mother can be held in contempt of the court’s order on custody. In addition, because of Mother’s violation of the custody order, Father may have a case for custody modification, transferring physical custody from Mother to Father.

Family issues are always stressful. Your family is supposed to be your sanctuary and your home. When the family is in disarray, a person can be extremely affected and emotionally disoriented with what is happening in the family forefront. For this reason, it is important to have a good lawyer, like us, who can help you navigate family law issues and successfully advocate for your rights as a parent.

Should you have family problems and need assistance, we at the Law Offices of Albert Goodwin are here for you. We have offices in New York, NY, Brooklyn, NY and Queens, NY. You can call us at 718-509-9774 or send us an email at attorneyalbertgoodwin@gmail.com.