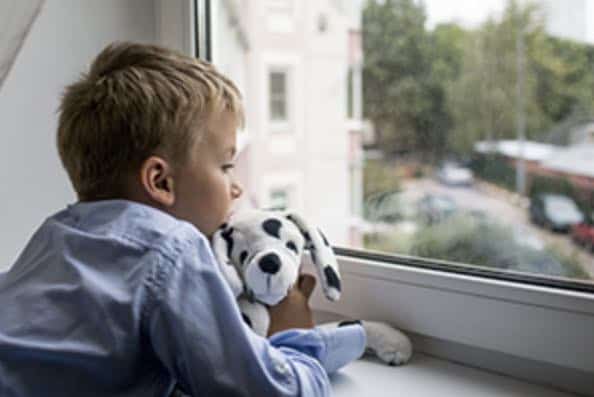 New York’s Domestic Relations Law §§ 240 and 70 provides that either parent has no automatic right to sole custody of the child. Only the best interests of the child are considered in determining custody. New York cases have produced a wealth of jurisprudence on New York State criteria for an unfit parent. In recent cases, custody has been decided based on, not necessarily who is the unfit parent but, who is the less fit and more fit parent.

New York courts decide custody issues, depending on the best interests of the child. Included in this “best interests” standard is whether a parent is unfit. New York jurisprudence has provided criteria for determining who is an unfit parent. However, no single factor is controlling, and all factors are considered and used in evaluating the totality of circumstances to determine who the more fit parent is to have custody over the child.

If a parent has been found to hit the child or has abandoned the child for a particular period of time, this parent can be considered unfit. New York courts have also transferred custody from a mother to a father, when the mother willfully moved to another state and hid the whereabouts of the children from the father, such that the father had to employ an investigator to find his children (Entwistle v. Entwistle, 61 A.D.2d 380 (1978)).

Conditions in the home environment

A parent who provides better home environment conditions can be considered a better and more fit parent because the court does not want to leave the child in a dangerous and unhealthy environment. For instance, if the parent has a new partner who is violent or holds frequent parties with drugs and alcohol in the house, this parent can be considered unfit by New York courts to acquire custody over the child. If the parent also permits a new partner to stay the night when the children are in the same house, this could be considered against such parent in determining custody issues.

Although not controlling, a parent’s finances can also be considered in determining who is a better parent to be awarded custody of a child. It is not the sole determining factor, however, since child support is awarded to whoever has custody, and this child support has already been calculated to provide for the child’s necessities for living.

If a parent is found to use and abuse drugs and alcohol, this parent is less likely to be granted custody. When talking about drug and alcohol abuse, it is important to show that the use is not merely occasional or social, but heavy, almost daily use that can impact the parent’s ability to function and thus, affects his relationship with the children.

If the parent has a diagnosed mental illness, personality disorder, or emotional instability that impacts his or her ability to be a good parent to a child, this can be used to argue a case that such parent is an unfit parent.

Parents have to work in order to support their children. The issue of who takes care of the children while the parents are at work, especially for young children, is taken into consideration by the court when determining which parent to award custody. If the parent goes out every night and leaves young children alone at home, despite the fact that these children have told their parent that they do not like to be left alone at home, this parent can be considered unfit.

If you are thinking of declaring a custodial parent unfit or would like to acquire custody over your children, New York state criteria now requires just proof that the other parent is less fit than you, and not necessarily unfit (which is more difficult to prove). Who is the parent more fit to have custody can be proven by evidence, documentary and testimonial, to be provided by the children themselves, witnesses, social services, medical reports, and court reporters. If you need assistance in acquiring custody over your children, we, at the law offices of Albert Goodwin, are here for you. We have offices in New York, NY, Brooklyn, NY and Queens, NY. You can call us at 718-509-9774 or send us an email at attorneyalbertgoodwin@gmail.com.