Slander in NYC – What are Your Options to Defend Your Reputation 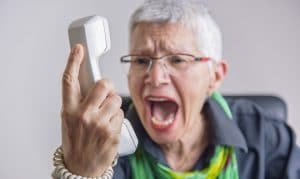 Slander in NYC is getting to be a serious problem. At the same time, it’s easy to make an accusation of slander but do you have the facts to prove it?

When someone publishes or speaks a false statement about a person to a third party, resulting in harm to a person’s reputation, there is defamation. Before, written defamation was normally committed by a magazine or any printed publication. Nowadays, due to the onslaught of internet, written and oral defamation can be found online, especially in social media.

Written defamation is libel. Libel needs publication. Oral defamation is slander. Slander needs a spoken communication or speech. It’s important to know whether the defamation is libel or slander because different states have different statutes of limitations for libel and slander. In NYC, however, the aggrieved party has one year from publication or broadcast to file a claim. For this reason, if you feel you are a victim of libel or slander, consult with an attorney immediately to get advice.

To prove defamation (as opposed to slander in NYC) one needs to show: (a) a false statement of fact, whether written or oral, about a person; (b) published or spoken to a third party without privilege or authorization; (c) with fault amounting to at least negligence; and (d) resulting to special injury or harm, or constituting defamation per se.

First, the statement must be factual and it must be false. The false statement must also identify the person with reasonable certainty. Truth is an absolute defense in libel or slander. An opinion, which is not a fact, is generally not defamation. If the statement cannot be objectively verified to be true or false, the complaint can be dismissed.

Second, it must be published or spoken to a third party without privilege or authorization. NYC adopts the single publication rule, which computes the period to bring a suit from the time it was first published or communicated. An exception to this is republication – for example, an article published in a magazine was republished in the internet with the intention to actually reach new audiences. Then, the statute of limitations is counted from the time of republication.

The publication or speech such as slander in NYC must also be without privilege or authorization. Absolute privilege exempts the maker from liability. To qualify as absolute privilege, the statement must be made by an individual in a public function, such as judicial, legislative, or executive proceedings, and the person at whom the statement is directed must have the opportunity to challenge the statements. Examples are grand jury testimonies or complaints to a bar association grievance committee. Qualified privilege, on the other hand, does not confer automatic immunity. The maker of the statement must first show that he was exercising a legal or moral duty to make the statement, and the recipient of statement had an interest in receiving the information. Examples are allegedly defamatory statements: (a) of a baseball umpire about a little league coach to the director of parks and recreation; (b) of an editor about a columnist to the editor-in-chief; or (c) contained in a fair and substantially accurate report of an official, judicial, or legislative proceeding.

Third, there must be fault amounting to at least negligence in the publication or communication. However, if the person allegedly defamed is a public person, actual malice is required. For celebrities and public officials, they must prove that the allegedly defamatory statement was false or had a high probability of awareness that it was false when published or communicated or made with reckless disregard for the truth.

In addition, if the issue is of public concern, a higher standard more than mere negligence is required to recover damages.

Lastly, the false statement must result to injury or harm. Damages have be proved. In special cases of defamation per se, damages need not be proved because they are assumed. There is a defamation per se when the false statement: (a) charges a person with the commission of a serious crime; (b) tends to injure his trade, business, or profession; (c) imputes a loathsome disease on a person; or (d) imputes unchastity on a woman.

Generally, libel is easier to prove than slander because libel is written while slander is spoken. However, with camera phones nowadays, slander can easily be captured through video recording.

If you feel you are a victim or are being accused of slander in NYC, or if libel is involved, you can consult with an attorney. We are the Law Offices of Albert Goodwin and you can give us a call at 718-509-9774.