Taking a Brother to Court. Why People Do It and What to Expect. 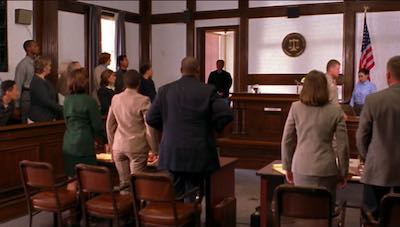 Taking a brother to court and filing an adversarial case can be unpleasant but is sometimes necessary in order to protect your legal rights. Especially when you are a sibling who is deprived of what is rightfully yours.

Taking a brother to court over estate disputes

Regardless of blood and legal ties, conflicting claims over inheritance may cause emotional distance and ultimately result in taking a brother to court as adversarial parties. The death of a family member, especially that of a parent, brings forth the question of who deserves what and could be a sensitive and touchy subject.

Taking a brother to court over non-estate disputes

Here are some other reasons why negotiations don’t work and people end up taking a brother to court:

Taking a brother to court is sometimes the only way to remedy treachery, deceitfulness and greed

It is certainly not a remote possibility that one sibling may resort to devious machinations in order to steal the inheritance of the other in order to get ahead. Litigation may be necessary in order to protect or preserve the estate from a brother who seeks to get more than what he or she is entitled to. In that sense, it may be essential to seek legal help in order to make things right.

When that occurs, taking a brother to court may be the only way to resolve and defend the rights of those who are aggrieved by a greedy sibling.

As mentioned, while amicable agreements are favored, New York courts have also consistently reaffirmed that no sibling shall be allowed to profit by his or her own fraud, or to take advantage of wrongdoing to acquire property that is not rightfully theirs. This is particularly true in disputes between siblings over estates and inherited property that involve taking a brother to court. There are certain matters that would need to be heard before a neutral and impartial court in order for rights to be justly determined.

Hence, there are legal remedies available to those who feel that they may have a cause of action against a brother who has deprived one of their fair share of the estate.

It is often the impression of casual observers that taking a brother to court to settle inheritance disputes could be expensive or inconvenient. However, there are positive results that arise in litigating these matters in court. One of them is that there will be resolution and finality after an objective evaluation of the court. One of the functions of our courts is, after all, to put an end to legal controversies after duly hearing all sides. Stated otherwise, due process can be observed. Each party will be essentially on equal footing with the other in terms of the opportunity to present their respective cases.

If you have a situation that involves taking a brother to court, we at the Law Offices of Albert Goodwin are here for you. We have offices in New York, NY, Brooklyn, NY and Queens, NY. We can be reached at 718-509-9774 or by email at attorneyalbertgoodwin@gmail.com.