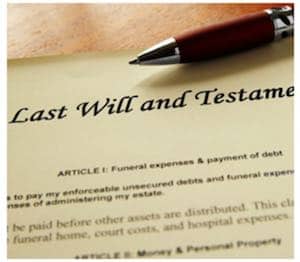 Types of wills depend on how you classify them and sometimes considerably overlap.

Some types of wills are:

Despite the fact that there are several types of wills, the simple will is typically good enough to accomplish most people’s goals.

The simple will is the most common type of will because it is a will that is executed in accordance with state law requirements. Generally, these types of wills are: (a) written and signed by the testator at the end of the will; and (b) signed by at least two competent witnesses who can attest that the testator signed the will.

In New York, Estates, Powers, and Trusts Law (EPTL) § 3-2.1 provides for the requirements in order for the simple type of will to be valid: (a) it must be in writing; (b) signed by the testator at the end or by another person in the testator’s presence and direction; (c) signed by the testator in the presence of at least two witnesses, or acknowledged his signature to each of the attesting witnesses; (d) testator must declare to the witnesses that the instrument he is signing is his will; and (e) at least two competent witnesses shall attest the testator’s signature. When an attorney drafts the will and supervises its execution, New York courts provide a presumption of proper execution.

There can be several categories of simple wills, such as the statutory will, attorney-drafted attested will, and a DIY will, to name a few.

Due to the pandemic, some states have allowed the witnessing and notarization of wills online. These online wills or e-wills, even if they can be drafted alone, should still be drafted by and executed under the supervision of an attorney to prevent any issue of undue influence or other legal basis that could start a will contest in the future. These e-wills are normally stored by accredited online custodians. Only Nevada, Arizona, Indiana, and Florida recognize e-wills. The rest of the states have not. Due to the pandemic, New York has allowed temporarily the remote notarization of documents, but no law has been passed recognizing e-wills.

A testamentary-trusts will is normally drafted by a lawyer. It is a simple will that includes the creation of a trust. Why create a trust in a will? When one doesn’t want to immediately dispose of his property, but manage such property in favor of a person, then a testamentary trust is a better solution. In a will, property is immediately disposed to the beneficiaries. In a trust, property can be managed for the benefit of beneficiaries. For this reason, a testator establishes a testamentary trust when he would like to take care of a pet or a disabled loved one (who cannot be trusted to manage his own property). Unlike regular trusts, however, the testamentary trust does not avoid probate. On the other hand, a testamentary trust does not need the transfer of properties to the trust prior to death of the testator, so there is no initial set up fee required.

Pour-over wills are wills created together with a living trust. A regular trust, unlike a testamentary trust, avoids probate. However, there are initial set up costs, because a trust document is a longer, more complicated document than a will, providing for management, designation of trustees and successor trustees, beneficiaries and successor beneficiaries, and limitations to the powers of the trustee, to name a few. In addition, in order for the trust to be effective, properties need to be transferred to the trust via the trustee. Without the transfer of properties, there is no trust asset to manage in favor of the beneficiaries. Trusts, however, have been preferred by some individuals due to the fact that it avoids the lengthy and often expensive process of probate. On the other hand, there is a possibility that not all properties will be covered by a trust, such as properties that have not been transferred to the trust, or other personal properties such as jewelry, antique heirlooms, and clothes. The pour over will remedies this situation by making the beneficiary in the will the trust.

For example, Linda has a house in California, a house in New York, a beach house in Florida, a bank account in New York and California, and some expensive diamond and pearl jewelries. Linda has a husband, Mark, and two children, Amanda and Martha. Linda feels it is better for her properties to avoid probate so her family can enjoy her properties immediately after her death. With the help of a lawyer, she creates the Linda Trust, where she is initially the trustee and beneficiary. Upon her death, she names her husband, Mark, as the successor trustee, and her husband and children, Mark, Amanda, and Martha as successor beneficiaries with Mark receiving 50% of the income from the properties, while Amanda and Martha receiving 25% each of the income of the properties. The successor trustee, Mark, was given discretion to dispose of the principal for the health emergencies and for the education of the children. Linda transfers the house in California, house in New York, and beach house in Florida in the name of the trust. She forgets to transfer her bank accounts in New York and Florida in the name of the trust. To remedy this, her lawyer creates for Linda a pour over will, where in the will, she leaves the remainder of her property to the Linda Trust. Linda’s will will go through probate and after being admitted, her bank accounts in New York and Florida, as well as her jewelries, will be transferred to the Linda Trust for the benefit of her successor beneficiaries.

In the end, the simple will can also be not really that simple, but it is the most effective way to leave property through a will upon death.

For example, in 2015, John created a holographic will while he was stationed in Afghanistan. In his will, entirely written by him, he left his apartment in New York to his girlfriend. He did not have any witnesses to his will. He mailed this original will to his girlfriend while he was in Afghanistan. In 2018, John was discharged from the military, and went back to New York to live with his girlfriend. In 2020, John died. His girlfriend sought the probate of his holographic will. John’s parents contest the admission of the holographic will because it has been more than one year since John was discharged from military, and he did not execute a new simple will. Given these circumstances, the court would disregard the holographic will because it is only effective until 1 year after John’s discharge from military and would then distribute John’s property using New York’s intestate laws in the absence of any other will.

A nuncupative will is type of will that is orally made that disposes of a person’s property upon his death. NY EPTL § 3-2.2 recognizes a nuncupative will. Unlike the holographic will that does not require witnesses, however, the nuncupative will requires that its provisions be clearly established by at least two competent witnesses.

The same circumstances for a holographic will apply to a nuncupative will, such as the requirement that it can only be made by a person who is a member of the US armed forces or who accompanies a US armed forces member or a mariner at sea. It is also only effective until 1 year after the discharge from the military duty.

An example of a nuncupative will, in this day and technological age, is a US soldier in Afghanistan who records his wishes regarding the distribution of his property via video. His nuncupative will, despite being recorded on video, still needs to be clearly established by two witnesses. This is rarely recommended because a nuncupative will is open to many will contests regarding undue influence of the testator.

A mirror will is a will made by two people (normally spouses) executed in two separate wills, but with provisions that replicate each other. The surviving spouse, however, has the flexibility in this case to revoke the executed mirror will when the first spouse dies.

A mutual will, on the other hand, is similar to a mirror will. Spouses execute two separate wills with identical provisions. However, they also execute another agreement between them prohibiting the other to revoke the mutual will without the consent of the other. A mutual will has a similar effect to a joint will.

In Schloss v. Koslow, 20 A.D.3d 162 (N.Y.App.Div. 2005), the court made a distinction between mutual/mirror wills and joint wills. While a joint will is a single will executed by two people, a mutual will consists of two wills executed by two people mirroring each other’s provisions. In case of a mutual will, contractual language should be present, clearly binding and prohibiting the surviving spouse from revoking the mutual will. Otherwise, the mutual will can be revocable (considered a mirror will above).

Given above distinctions between the different types of wills, the simple will is always the best option in executing a will. The simple will is the most flexible will that can dispose of property upon death. If you are considering the execution of a will, we, at the Law Offices of Albert Goodwin, are here for you. We have offices in New York, NY, Brooklyn, NY and Queens, NY. You can call us at 718-509-9774 or send us an email at attorneyalbertgoodwin@gmail.com.