What a Pit Bull Bite Lawyer Can Do For You 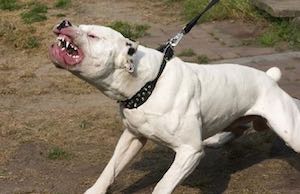 Dog bites occur frequently. In the United States, there is 4.5 million dog bite victims each year, though only a few have filed and litigated their claims for injuries. A large percentage of them were Pit Bulls. In New York City alone, there are over 500,000 dogs. Although the vast majority of these dogs are not dangerous, Pit Bull bites are still quite common. If you have been bitten by a Pit Bull, consult with a Pit Bull bite lawyer to know your remedies. Pit Bull bite lawyers will accept your case on a contingency basis, especially when your injury is severe and the Pit Bull owner has a homeowner’s insurance policy.

What is considered a vicious dog?

A vicious dog is a dog that has a vicious propensity, i.e., a Pit Bull with a tendency to do an act that might endanger another. Usually, vicious propensity can be found when a Pit Bull previously attacked and injured or killed a person, pet, or farm animal without justification, or currently behaves in a way that would cause a reasonable person to believe that the Pit Bull poses a serious and unjustified risk of serious injury or death.

Reasons for not filing claims against the Pit Bull owners

Most Pit Bull bite victims don’t file claims against the dog owners because these dog owners are usually their friends, their neighbors, or a distant family relative. However, you should not let this relationship get in the way of receiving compensation for your injuries. Most dog bites will be covered by the homeowner’s or renter’s insurance policy. Your Pit Bull bite lawyer will likely negotiate with the Pit Bull owner’s insurance company and not with the dog owner himself. Usually, Pit Bull bite lawyers will accept your case on contingency if the Pit Bull owner has appropriate insurance that will cover the claim. If there is no insurance coverage, making your claims may be expensive and illusory.

When you have been bitten by a Pit Bull, it is important to do the following things to ensure that you are successful in your claim with the insurance company:

Who can be liable for a Pit Bull bite?

The landlord or property owner may be held liable to a Pit Bull bite victim for an attack made by a tenant’s Pit Bull under premises liability if the landlord had notice of the dog’s presence on the property, its viciousness, and that the landlord had control of the premises or the capability to remove or confine the dog. Amell v. O’Leary, 2007 NY Slip Op 31934 (2007).

Damages you can claim for a Pit Bull bite

You can claim economic and non-economic damages for a Pit Bull bite.

Economic damages refer to the actual costs you incurred to heal and restore your body from a Pit Bull bite, such as medical costs, transportation costs to the hospital, loss of income in the past, loss of the ability to earn money in the future, counseling expenses, and other out-of-pocket costs that you incurred because of the accident.

Non-economic damages are intangible in nature and refer to mental anguish and suffering, humiliation due to a scar caused by the Pit Bull bite, or loss of quality of life.

In exceptional cases, you may be able to also get punitive damages.

Defenses of the Pit Bull owner

When you have been bitten by a Pit Bull, your Pit Bull bite lawyer will assess your situation using two scenarios: whether you can claim from the dog owner’s insurance or not.

When the liable party has insurance

When the liable party has insurance (usually homeowner’s or renter’s insurance), you can file a claim with the insurance company. File your claim as soon as you can, but do not settle until you are sure about your damages. A settlement will preclude you from getting more, even if your Pit Bull bite later turns more grave or fatal and will require more medical attention and costs.

Getting a lawyer to file your claim is advisable because studies show that insurance company offers more to those claimants who are represented by lawyers. A lawyer will also be able to gather the correct documentation to ensure that you have a strong case.

The Pit Bull bite lawyer will also know whether the insurance company’s offer is too low or within the standard. If it is too low and does not even cover your medical costs, you may have to sue. Usually, after suing, parties will settle rather than go through the expensive process of discovery and trial.

In this case, the process will take between two to eight months, depending on the complexity of the case, the skills of your Pit Bull bite lawyer, and the congestion of the caseload in the courthouse.

When the liable party has no insurance

When the liable party has no insurance, you only have three options: to settle, to be reimbursed for your actual costs, or to file a case. Pit Bull bite lawyers will usually not accept a case on contingency if the claim is not covered by insurance.

In this case, you will have to weigh the pros and cons, including the costs of filing a lawsuit. You will have to determine whether the liable party can afford to pay the damages when a court awards it in your favor. When you receive money judgment, you can request for garnishment from the liable party’s wages or request his bank account to be frozen. But legal costs can also be expensive. For this reason, it is important to weigh and calculate your options.

Liability if the victim is another dog

The Pit Bull owner can also still be liable if the Pit Bull bite victim is not a person but a dog. Nardi v. Gonzales (supra). Damages may be computed differently, and certain damages cannot be claimed, such as lost wages.

Period to file a lawsuit

You usually have 3 years from the time of injury to file a lawsuit against the liable party. Despite this prescribed period, you don’t need to wait long to file your claim. The earlier you file your claim, the better. The memories are fresh in your mind and in your witnesses’ minds about how the Pit Bull bite incident happened.

Pit Bull bites can result in serious physical injuries. It is important to consult with a Pit Bull bite lawyer so he can evaluate your case and provide advice on your possible remedies. Should you need assistance, we at the Law Offices of Albert Goodwin are here for you. We have offices in New York, NY, Brooklyn, NY and Queens, NY. You can call us at 718-509-9774 or send us an email at attorneyalbertgoodwin@gmail.com.