Who Gets Custody of a Child in Divorce 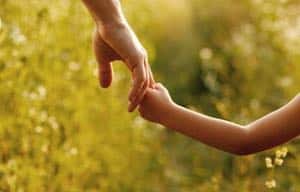 When you ask who gets custody of the child in divorce, the answer is, it depends on the agreement of the spouses, and if the spouses don’t agree, then the court will determine it based on the best interests of the child.

Under New York Domestic Relations Law §§ 240 and 70, neither parent has a prima facie right to the custody of the child.

Just because one spouse has more money than the other spouse does not mean that spouse gets custody of the child. The courts determine “best interests” based on a number of factors, with no singular factor controlling.

When the court intervenes, the court will hold a custody hearing and assign an attorney for the child. This attorney will talk to the child to learn the child’s preference and wishes and will communicate this to the court. The parents pay for this attorney for the child. A case worker may also be assigned to visit the homes of the parents, to speak to the other people who live in the home, such as the step-parent and other siblings, and to prepare a report about the parents asking for custody. In the hearing, each party will present their own witnesses who can support their case. The judge may also speak to the child privately in his office without the presence of the parents. After taking into consideration all these, the judge will make a custody order based on the best interests of the child.

Previously, it was a case of who was an unfit parent. Recent jurisprudence recognizes that both parents may be fit. Who gets custody of the child in a contested divorce is generally the more fit parent over the less fit parent, given the factors that determine the best interests of the child.

One common myth about who gets custody of the child in a divorce is that the parent with more money gets the child. However, this is untrue. Payment of child support by the non-custodial parent to the custodial parent already provides for the child’s living expenses. For this reason, a parent’s finances don’t singularly control who gets custody of the child in the divorce. Instead, the court will look into the home environment the parent can provide a child, whether the child can have his own bedroom in the house, who was the primary caregiver and caretaker of the child prior to the separation, which parent the child’s siblings will be living with because the court prefers to keep the siblings together, whether one parent has issues with alcohol, drugs or domestic violence, the absence of domestic partners in each parent’s household, the mental and physical health and stability of each parent, the parents’ work schedules, and the bond between the child and the parent, to name a few. A child custody lawyer will be able to help you prove you are the more fit parent in a custody case.

If a parent is found to use and abuse drugs and alcohol, this parent is less likely to be granted custody. When talking about drug and alcohol abuse, it is important to show that the use is not merely occasional or social, but heavy, almost daily use that can impact the parent’s ability to function and thus, affects his relationship with the children.

If the parent has a diagnosed mental illness, personality disorder, or emotional instability that impacts his or her ability to be a good parent to a child, this can be used to argue a case that such parent is an unfit parent.

Parents have to work in order to support their children. The issue of who takes care of the children while the parents are at work, especially for young children, is taken into consideration by the court when determining which parent to award custody. If the parent goes out every night and leaves young children alone at home, despite the fact that these children have told their parent that they do not like to be left alone at home, this parent can be considered unfit.

Finances of Each Parent

Although not controlling, a parent’s finances are considered in determining who is a better parent to be awarded custody of a child. It is not the sole determining factor, however, since child support is awarded to whoever has custody, and this child support has already been calculated to provide for the child’s necessities for living.

Conditions in the Home Environment

A parent who provides better home environment conditions can be considered a better and more fit parent because the court does not want to leave the child in a dangerous and unhealthy environment. For instance, if the parent has a new partner who is violent or holds frequent parties with drugs and alcohol in the house, this parent can be considered unfit by New York courts to acquire custody over the child. If the parent also permits a new partner to stay the night when the children are in the same house, this could be considered against such parent in determining custody issues.

If a parent has been found to hit the child or has abandoned the child for a particular period of time, this parent can be considered unfit. New York courts have also transferred custody from a mother to a father, when the mother willfully moved to another state and hid the whereabouts of the children from the father, such that the father had to employ an investigator to find his children (Entwistle v. Entwistle, 61 A.D.2d 380 (1978)).

Given these factors, when you would like to know who gets the child in a divorce, remember that New York law does not give either the mother or the father a pre-determined right to have custody. If parents cannot agree on custody, New York courts will always determine custody based on the best interests of the child. Just because one parent has been granted custody does not mean that the parent has such custody forever. If there is a substantial change in circumstances, the noncustodial parent can still prove that he is a more fit parent to care for the child than the custodial parent. A child custody lawyer, like us, can help you successfully present your custody case in court.

Should you have family law issues or need assistance in family law matters, we at the Law Offices of Albert Goodwin are here for you. We have offices in New York, NY, Brooklyn, NY and Queens, NY. You can call us at 718-509-9774 or send us an email at attorneyalbertgoodwin@gmail.com.