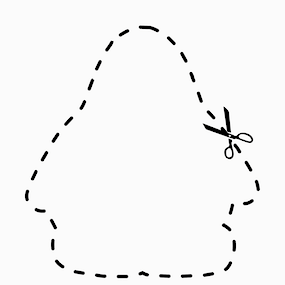 Can I disinherit my son?

Disinheriting a son is possible in most U.S. jurisdictions. Can you disinherit a son in your will? Yes. All a person has to do is to make a duly executed will without mentioning the son.

Do I have to mention my son in my will?

Does my son still get a part of my estate even when they are disinherited?

A son has no automatic share when they are disinherited. This is true for the state of New York and for most other states in the U.S.

What are the common reasons for disinheriting a son?

Family conflict. A family conflict may cause a fight and leave the parents upset at the children, resulting in a son getting disinherited.

Breakdown of relationship. A son can hold a grudge against a parent for what happened during their childhood, when they were teenagers, over early and late adulthood.

The son took a side in a divorce. Parents get divorced and children can take sides. A parent whose side the son did not take can get angry with that son and disinherit them.

A son is well off. When a parent has multiple children and some of them are well off and other ones are not, a parent might disinherit the well-off children in order to benefit the ones that are not so well-off.

A son already received their inheritance. A parent might feel that they’ve already helped the son enough financially and they can now disinherit them in favor of the other children whom they have not helped as much. A parent might have helped the son pay for college or even for the grandchildren’s college, help with buying a house, help with starting a business and other financial gifts over the years. A parent might feel that the son already received their inheritance.

Favoring a disabled child. Parents might feel that a disabled son needs more help than the other children. The parents may create a special needs trust/supplemental needs trust to cover the child’s non-medical expenses.

A child lives closer than the other child. A son who lives closer than another son, especially if a son lives out of state as opposed to in close proximity to the parent. The son who lives closer to the parent sometimes receives better treatment in inheritance because the parent feels that the closer son spends more time with them. The parent bonds more with the son who is closer, may see them and the grandchildren from that son more. That creates a feeling of a better relationship with the parent, which may result in disinheriting the out-of-state children.

The parent does not approve of the child’s life or lifestyle choices. Parents may not agree with their children’s choices of religion, sexual orientation like being gay, lesbian, bisexual or transsexual, job, or marriage or life partner, or any other things the parent disapproves of in a son.

The parent does not approve of the son’s spending habits. The parent may feel that the son spends money inappropriately, such as on gambling, risky activities, unneeded expenses, or expenses not deemed appropriate by the parent. The parent may be more conservative than the son and have a different outlook on life.

A son’s issues with drugs or alcohol. A parent may disinherit a son due to worries the son will use the money to fuel their drug or alcohol addiction. In situations involving a son’s addiction to drugs or alcohol abuse, it makes more sense to set up a trust for a son, as opposed to outright disinheriting them. What a trust does is it appoints someone to manage the money for the son, to make sure that the son is taken care of without having them spend money on drugs or alcohol.

Will my son be able to contest my will?

When disinheriting a son, it’s good to keep in mind that the son has the right to attempt a will contest.

A son who is attempting a will contest would have to prove at least one of the following will contest grounds:

The favored strategy for will contests when contesting disinheriting a son is to allege a combination of undue influence and lack of mental capacity.

To prove undue influence, the disinherited son would have to show to the court that a trusted person took advantage of the testator and manipulated him into making the will.

While undue influence most often is not the subject of direct proof, it may be proved by circumstantial evidence. It can be shown by all the facts and circumstances surrounding the testator, the nature of the will, his relationship with the son, the condition of his health and mind, his dependency upon and subjection to the control of the person supposed to have wielded the influences, the opportunity and disposition of the person to wield it, and the acts and declarations of such person.

To show mental incapacity, the disinherited son would need to prove that the testator did not understand one or more of the following:

Should I hire an attorney when I disinherit my son?

When disinheriting a son, it is recommended to not do the will yourself but to hire an estate attorney. It’s important for many reasons. First, a will drafted by an estate attorney is automatically considered to be made correctly with all of the elements of due will execution being satisfied. Second, an attorney will make sure that the will is made correctly. Third, the attorney will serve as the most important witness to the fact that the testator was there, made the will and had the required capacity. Experienced estate attorneys are given great weight in determining whether a testator has a capacity to make a will that disinherits a son.

It is sad to see the relationship between the parent and son in such a state that disinheriting a son is an issue. It is, however, a legal right of a parent to do so in most of the U.S. A will disinheriting a son will stand unless successfully contested in court.