Here are some examples: 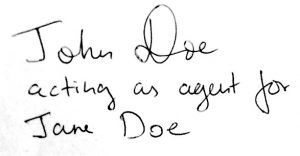 If you can’t tell the agent’s name from the signature, it might be better to pre-print. 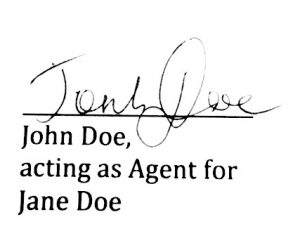 It is important for the agent to act responsibly and keep records of all transactions conducted for the principal by properly keeping a record of receipts, payments and transactions.

The agent can accomplish this by writing the following whenever he is acting on behalf of the principal:

If you need assistance with figuring out how to sign as power of attorney, we at the Law Offices of Albert Goodwin are here for you.  You can call us at 718-509-9774 or send us an email at attorneyalbertgoodwin@gmail.com.