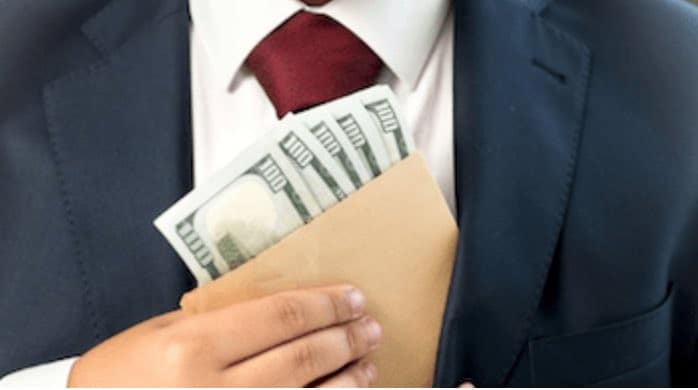 Taking money out of a deceased bank account, knowing that the bank account owner is already dead, is illegal and can be considered theft or fraud, depending on the circumstances.

However, there are instances when the bank account is on auto-debit for certain items like utilities, subscriptions, and mortgage payments. There is no fraud in debiting the account for these items, especially when they have not received any proof that the bank account owner is dead.

When a family member or an individual who has access to the bank account of a deceased person (either via credit card, debit card, or online access) continues to use and withdraw funds from such bank account, knowing that the owner is dead, this can be considered theft or fraud. The proper procedure is to inform the bank of the owner’s death and to apply for a court order as executor or administrator to access the account, if the account is solely owned by the deceased with no payable on death designation, and to use the money in the account to pay off creditors, and thereafter, distribute to the proceeds to the beneficiaries or distributees.

The penalty for taking money out of a deceased bank account can be significant. The court can discharge the executor and replace them with someone else, force them to return the money and take away their commissions. There can also be criminal a penalty, but most estate theft allegations do not escalate to criminal prosecution.

Turnover. Beneficiaries of the deceased person’s estate can bring a proceeding for Discovery and Turnover. If the court grants the turnover, then it will force the executor to return property that he wrongfully transferred.

Discharge of executor. If the person caught taking money out of a deceased bank account is the executor or administrator, the judge of the Surrogate’s Court can discharge them from their position, taking away their power to manage the estate. The judge can discharge and remove the executor “by reason of his having wasted or improperly applied the assets of the estate.”[1] The court can appoint someone else as the executor instead, typically one of the beneficiaries who brought the proceeding to remove the misbehaving executor.

Waiver of commission. An executor is entitled to a commission for their services. The amount of the commission is about three percent of the value of the estate. As a penalty for taking money out of a deceased bank account, the court can take away the executor’s right to receive the commission.

A person improperly taking money out of a deceased bank account can be subject to criminal prosecution for theft from the bank account, even if they are one of the of the beneficiaries of the dead person’s estate. Taking more than you are entitled to by law can be interpreted as stealing from the other beneficiaries of the estate. Everyone has their side of the story, and it could be that the beneficiaries’ allegations of theft are unfounded. But if the District Attorney’s office decides to bring charges, then the potential penalties can be significant.

The Penal Law. The estate is the owner of the property. When a person is taking money out of a deceased bank account, they are possibly committing larceny. New York’s Penal Law (the Criminal Law) states that “A person steals property and commits larceny when, with intent to deprive another of property or to appropriate the same to himself or to a third person, he wrongfully takes, obtains or withholds such property from an owner thereof.” [2] New York Penal Law continues to say that “Larceny includes a wrongful taking, obtaining or withholding of another’s property, with the intent prescribed in subdivision one of this section, committed … by conduct heretofore defined or known as common law larceny by trespassory taking, common-law larceny by trick, embezzlement, or obtaining property by false pretenses.” [3]

Sentencing guidelines. New York Penal Law 155 describes the sentencing guidelines for someone taking money out of a deceased bank account. The sentence depends on the amount that the executor steals. An executor convicted of larceny can incur a sentence of up to twenty-five years in prison.

For example, Mother and Father are spouses. They two children, Son and Daughter. Father had $100,000 in the bank when he died with no debts. The bank account was solely in Father’s name and did not designate any payable-on-death beneficiary nor was it a trust account. Mother, however, had Father’s debit card. Father died on April 1, 2021, but Mother did not inform the bank of Father’s death, and continued using the debit card until April 30, 2021, buying a car, clothes, and make-up. As of April 30, 2021, Father’s bank account only had $5,000 left. Mother then informed the bank of Father’s death. Father died without a will. Mother applied to be the administrator of Father’s estate, and since the net estate was less than $5,000, Mother received everything, leaving nothing for her children.

Generally, it is the personal representative of the estate who has the right to file a case against a person who takes money out of a deceased bank account. In this case, since Mother is the personal representative and she is also the one who took money out of the deceased bank account, the children can object to her accounting and surcharge her the amount due to the children. If the value of Father’s net estate is $100,000, Mother should have been entitled to $75,000 under EPTL § 4-1.1, while the three children were entitled to $25,000, divided equally among them. Mother would have to pay her children this amount.

Assuming the same facts above, but in this case, it was Father’s secretary in his business, Sarah, who took money out of the deceased bank account and used it for her personal activities, Mother, as administrator, can file an action for theft against Sarah.

Taking money out of a deceased bank account is illegal. The person who has a cause of action against the person taking the money would depend on the circumstances of the case. If money has been taken from your deceased loved one’s bank account, immediately seek legal counsel to know your remedies in how to get the money back. We, at the law offices of Albert Goodwin, are here for you. We have offices in New York, NY, Brooklyn, NY and Queens, NY. You can call us at 718-509-9774 or send us an email at attorneyalbertgoodwin@gmail.com.