Can a Person Inherit a Mitchell-Lama or HDFC Apartment? 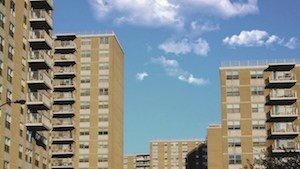 As far as I know, you cannot inherit a Mitchell-Lama apartment. It’s public housing and gets assigned to the next person on the waiting list.

The proceeds of the sale of a Mitchell-Lama apartment can be marshaled by the executor of the estate of the deceased owner of the apartment and distributed to the beneficiaries of that person’s estate. The amount that the executor of the estate can get will be limited to what the owner of the apartment originally paid, which will probably not be substantial. As far as I know, this is true even if the Mitchell-Lama is converting to a private co-op.

This is as much as I know about what happens to Mitchell-Lama apartments after their owner dies.

When the sole shareholder of the New York Mitchell-Lama co-op apartment passes away, the estate of the decedent or next of kin must advise the co-op board or entity in charge of running the building of the death of the decedent in writing immediately and turn over the shares. The estate of the decedent cannot sell the unit or transfer shares of the unit directly. The estate must remove any personal property from the apartment. The entity running the building is required to find a purchaser to sell the unit to from their waiting list. The decedent’s estate is responsible for any carrying charges for up to 90 days after surrendering the apartment or until the transfer of the shares to a new owner has taken place, whichever occurs first. The sale proceeds are limited to what the decedent paid for the unit, plus any capital assessments and possibly any mortgage amortization depending on the particular co-op’s rules and policies.