Can a Power of Attorney Transfer a House to Themselves?

For years, the state of New York allowed quite a bit of leniency with the power given to an assigned agent, also referred to as a Power of Attorney. Unfortunately, this led to several incidences of criminal fraud. At the very least, it led to behavior and decisions that were unethical. In an effort to prevent misuse of power given to an agent, New York began creating legislation and amendments that prevented fraud at the cost of a vulnerable adult. 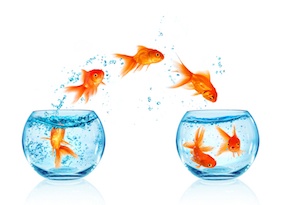 The primary purpose for further evaluation, debate and law changes of the General Obligations Law (GOL) was to prevent fraud caused by greed. After a near 10 year back and forth debate, amendments have been made to ensure the protection of those who have given power of attorney to another. Now, property transfers and cash gifts have been limited. Additionally, gifts have a monetary limit.

Since the assignment of power of attorney is a vital part of estate planning, certain considerations had to be thoroughly evaluated. For instance, POA agents were often elected to handle financial matters. Additionally, many NYC individuals required cash gifts to certain charitable organizations as part of their personal wishes. To allow for agents to perform their duties, in regards to gifting and property transfers, additional forms were created.

Prior to the newly revamped GOL, those with power of attorney had complete freedom with all monetary matters. As of September 1, 2009, POAs have limited power, primarily they are allowed to make financial decisions and pay bills when needed. However, this standard wouldn’t be able to allow for the proper handling of many high-value estates.

To satisfy the needs of all estates, the SMGR was created. It allows POA agents special permissions, in accordance with the principal’s wishes. By having an SMGR in place, agents are able to complete gifting within normal behavioral history. For example, small gifts to family members, such as birthday gifts, can be completed each year. Charitable organizations, who typically receive large cash gifts, can continue to receive them through a POA agent, based on the previous history. Property transfers can also be handled as per the principal’s wishes.

As a safeguard against fraud, the SMGR also enables a “freeze” to the power of attorney actions. This basically means that should an estate planner believe that the Principle’s wishes are being overlooked and that a POA agent is gifting in a way that would financially benefit them, all agent power can be immediately halted.

The Importance of Including an SMGR

Those who have elected to bypass the SMGR, are left without recourse. In other words, agent power will remain in effect until the power of attorney has ended. Additionally, in the event that a cash gift is desired to a select person or group, it’s limited to $500. This ensures that a power of attorney agreement can be used as intended, it’s wise to include an SMGR.