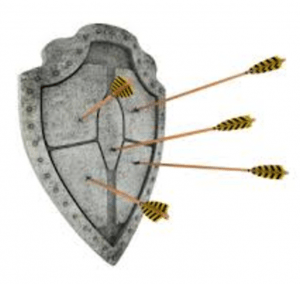 People have the right to appoint whomever they choose to be the beneficiary of their financial accounts. In an attempt to invalidate a beneficiary designation form, a challenger will claim lack of mental capacity, fraud, duress, undue influence or forgery. A challenger might also attempt to “bring the asset back” by using a theory of effective trust.

Mental Capacity Challenges – Opponents of beneficiary designation will first look at medical records to try to find evidence of mental incapacity. Not because medical records are so great at indicating capacity to make beneficiary designations, but because that is the most objective evidence the court can get. They will also testify to the decedent’s alleged incapacity at the time of signing the documents.  They will say that the person was incapable of making a beneficiary designation. You will probably say that the person was capable of making legal documents. Hopefully, the way the story is presented and the small details will make a difference and the court will dismiss a claim against the property transfer or the case will result in a settlement which is reasonable.

Fraud Allegations – Opponents of the property transfer will allege fraud, claiming that either the decedent did not know what they were signing or that they were deceived about what the document does. They may claim that the decedent was slipped a beneficiary designation under a guise of a different document or in a pile of other documents which the unsuspecting decedent then signed. For example, a pile of documents containing a power of attorney and health proxy. Those challenges are difficult to prove and are usually successfully defended.

Duress Allegations– duress is rarely used on beneficiary designation challenges, or in any contract challenges, but sometimes objectants claim that the person receiving property abused the decedent and basically forced them to transfer the property. Duress allegations are hard to prove and relatively easy to defend.

Effective Trust Attempts– Many opponents of the property transfer claim that the person who the property was transferred to promised the parent to hold the property for the other heirs as well (“I’m giving the property to you and you will hold it for the whole family, including your brothers and sisters”). The claim that the promise created an effective trust, with the person owning the property not being the rightful owner but in fact just a trustee for all of the decedent’s heirs. Since opponents of the transfer were probably not there during the transfer, it is difficult to imagine why they claim to know what the arrangement was. If they are trying to testify that the decedent told them the property is really theirs with the person who it was transferred to just holding it for them, that testimony would not be admissible because it is hearsay and because of the “Dead Man’s Statute.” But it doesn’t mean that people don’t try.

Defending a beneficiary designation is in many ways similar to defending a Will challenge. You can learn more about it by reading that article.

If you are a designee of property and the beneficiary designation is being challenged, talk to attorney Albert Goodwin at (212) 233-1233.

Defending a will contest

Defending against being removed

Defending a business from the beneficiaries' claim