Contesting a Trust in New York. How to Contest a Trust. 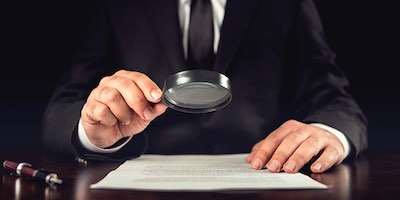 Contesting a trust in New York begins with your attorney filing a petition with the court. The petition will list all of the potential problems with the trust and will ask the court to set aside the trust. This filing will set your will contest in motion.

If you are weighing your options in contesting a trust, we at the Law Offices of Albert Goodwin are here for you. You can send us an email at attorneyalbertgoodwin@gmail.com or call us at 718-509-9774.

This is pretty much all you need to know to proceed, and your attorney can explain the rest, depending on your particular case.

This next part will get a little technical, but if you are interested in the way trust contests work and would like to dip your foot in the water and evaluate your own case before you spend money on an attorney, here is a basic analysis we typically apply to contesting a trust in New York.

In the petition to contest the trust, your attorney will allege the grounds for the trust contest. The grounds you need to bring up for contesting a trust in New York depend on whether the trust is revocable or irrevocable.

When contesting a revocable trust, a court is likely to apply will contest standards

Lack of capacity. People who were elderly, weak or infirm are more likely to be shown to lack the capacity to make a trust in New York. The possibility of showing incapacity is greater for a decedent who was in the later stages of Alzheimer’s or Dementia, who was diagnosed with a terminal illness and who was under the influence of mind-altering medication. Here is more about lack of capacity. To overturn a trust based on lack of capacity, the person contesting the trust must show that the trust maker did not understand the following:

Other grounds (less common). Trust contest grounds such as fraud, duress, forgery and undue execution can also be asserted, but they are less common.

When contesting an irrevocable trust, the courts are likely to apply contract standards

Advantages for the person contesting the irrevocable trust. A trust contest based on mental incapacity could be slightly more effective in an irrevocable trust. Irrevocable trusts tend to be more complicated and harder to understand. Even their element of irrevocability itself is something that is hard to process for a person with diminished capacity.

Less capacity is required to make a will than is required to execute other legal documents or contracts (see Matter of Coddington, 281 App Div 143 [1952], affd 307 NY 181 [1954]). Using this logic, it is possible that an irrevocable trust requires a little more capacity than a revocable trust.

It is not as easy as one would think to describe how a trust contest works in New York, because our law involving trust contests is currently in flux. A legislative advisory committee and bar groups have attempted to develop a unified approach to trust contests, and that attempt has failed. The statutory law is scarce in its guidance, and court cases have been contradictory at times. Courts decide trust contests by relying on a mixture of will contest and contract law, with a wide difference of opinion abounding.

Watch out for hidden trusts. One of the confusing things about trust contests is knowing whether there is a trust in the first place. New York is a state that allows ultra-private trusts. For example, Florida requires a trustee to notify potential beneficiaries of the existence of a trust upon the death of the maker of the trust. Not so in New York. When a person dies in New York and leaves a will, the executor probating the will has an obligation to notify the relatives of the deceased person, even if they are not in the will. Not so with a trust. A person can die and his relatives may never even find out that the deceased left a trust that cut them out of their inheritance. This is something to keep in mind when figuring out how to contest a trust in New York. If your relative died and it looks like they have no inheritance to leave to you, it may be possible that they’ve made a trust and have cut you out of it (or have simply transferred their property to someone else before they died).

When you don’t know if your relative made a trust, you can’t challenge the trust, since you don’t know if one exists yet. What we do for our clients is we open up an estate proceeding and appoint them as the administrator of the estate. That gives them the official New York certificate with the power to request information from banks, financial institutions and other entities. If our client finds that the assets of their deceased relative were transferred to a trust, our client can then bring a trust contest to try to claw those assets back into their deceased relative’s estate.

If you think that your loved one was taken advantage of when making a “trust” and you would like information about contesting a trust, we at the Law Offices of Albert Goodwin are here for you. We have offices in New York, NY, Brooklyn, NY and Queens, NY. You can send us an email at attorneyalbertgoodwin@gmail.com or call us at 718-509-9774.