Can I Object to an Appointment of an Executor 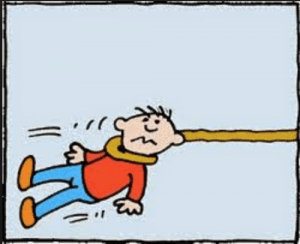 If you are trying to figure out how to object to an appointment of an Executor in New York estate, the New York Surrogate’s Court Procedure Act, Section 711 is a good place to start. It provides a wide range of grounds to object to an Executor’s appointment. Here is the list of the reasons, or “grounds,” that can get a New York executor dismissed, or “fired” by the Surrogate’s Court:

It is not easy to successfully object to an Executor, because an Executor nominated by the will is presumed to be qualified and eligible to serve unless proven otherwise. But if you have evidence of misconduct or disqualification specified by New York law, it is possible to have success in objecting to an Executor.

The Reasons Beneficiaries Want to Object

When someone tells me that they are not comfortable with the executor and want to object to their appointment, it is usually because:

Some of the usual reasons can actually be good reasons to object to an Executor, and some of them may not be enough. They work best when combined.

When faced with an Executor who is not doing their job correctly, it is best to get in touch with a New York estate attorney. You can get a free case assessment, and an estate lawyer can evaluate the facts and circumstances of your case.

A good estate attorney will use knowledge of the New York Surrogate’s Court Procedure Act, Sections 711 and the case-law related to it. They will figure out if there are enough grounds to object to an executor.

You can call the Law Offices of Albert Goodwin at (212) 233-1233. He is a New York estate, guardianship, wills, trust, Medicaid and probate lawyer. You can make an appointment to discuss your options regarding objecting to the executor.