Proving Paternity of a Nonmarital Child in an Estate: Pro Tips and Winning Strategies 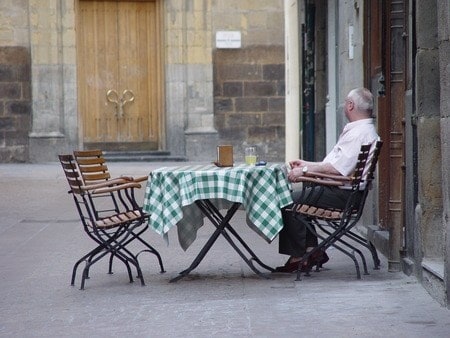 For a nonmarital child to get their inheritance from their biological father, the best way to prove paternity is to present official documents to the court:

If a nonmarital child does not have these official documents, they can use

Most nonmarital children don’t have the luxury of official documents or proof of their father openly acknowledging them. The only proof they have is their mother’s recollection of a relationship with the father. It might have been a brief encounter or a short-lived relationship. The children’s own relationship with the father may be limited. Their mother may be married to someone else and the nonmarital child might have been raised by a step-father. As such, there is a gap between what the established cases prefer as proof of paternity and what proof nonmarital children actually have in real-life situations. This is why you need to have an experienced New York estate lawyer when asserting inheritance rights as a nonmarital child.

It can be a challenge to obtain the father’s DNA sample. A court may allow posthumous genetic marker testing when the nonmarital child provides some evidence that decedent openly and notoriously acknowledged the nonmarital child as his own, and establishes that genetic marker testing is reasonable and practicable under the totality of the circumstances. [2]

New York law has certain factors to be considered in determining whether it is reasonable and practicable to order DNA testing, including, but not limited to

It is difficult to get a court order exhuming the father’s body, assuming he is even buried as opposed to cremated. If the Office of Medical Examiner has a sample of the father’s DNA, then the nonmarital child would try to get a court order directing the Office of Medical Examiner to release the DNA sample to be forensically tested for the purpose of proving paternity.

Another way to get a DNA sample is from the father’s male relative, such as a brother or father. You would need to get a court order to get a DNA sample, as it is unlikely that the decedent’s relatives will cooperate and volunteer a DNA sample for you, as they would be interested in keeping the inheritance in their “camp” of the family. Patrilinear DNA testing is especially promising in cases whether the decedent’s father (the nonmarital child’s biological grandfather) is still alive.

Proving that the Father Openly and Notoriously Acknowledged the Nonmarital Child

To prove that the father acknowledged the child as his own, if possible, the child will need to show evidence such as:

The idea is that if the father openly and notoriously acknowledged the child, then the father was sure that the child was his. A man would not admit a child that he does not believe to be his – that would be against human nature.

Although DNA and Open Acknowledgement evidence are the best proof of paternity for a nonmarital child, some other types of evidence can also be useful, including

Paternity cases work best where the father did not leave a will. If a father did leave a will, the case gets much more difficult. A father does not have to include a child in his will. He does not even have to mention the child, whether marital or nonmarital. Setting aside a will is a whole other challenge, which, while doable, would be an expensive proposition for most people.

I am an attorney with experience representing nonmarital children in kinship and paternity proceedings in New York estates. If you would like to discuss your case, you can give me a call at (212) 233-1233.