How Can Someone Refuse an Inheritance

A beneficiary of a New York, NY estate can refuse their inheritance and renounce all of a portion of their inheritance left to them after their loved one has passed away. However, it is possible that being left an inheritance will disqualify a person from being eligible for government assistance such as Medicaid, even if they refuse to receive the inheritance. So if that is the reason you are planning to disclaim, it will probably not work. 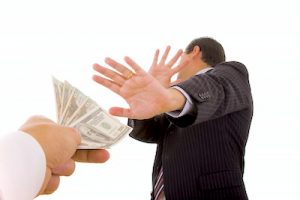 If you really do not want your loved one’s assets, you cannot be forced to accept them. Reasons why someone would want to refuse an inheritance may vary:

For those who are refusing an inheritance to qualify for government benefits such as Medicaid, food stamps or SSI, you should speak to an attorney. Government agencies consider being left an inheritance a disqualifying event, even if a person chooses to be skipped and have the inheritance go to their children. The rationales for this are: if someone has a chance to pay for their own expenses but refuses to do so, it’s no longer the government’s responsibility. Also, the government agencies are concerned that since a person refuses a part of the estate by renouncing it, they are really holding beneficial interest in it through their children, which is not something that is approved by government benefit rules.