Can One Heir Sell Property 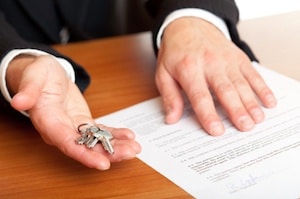 For those wondering “can one heir sell property of an estate,” the short answer is Yes, if they are the executor, unless there are restrictions in his Letters Testamentary which require court approval before selling the property or there is a restriction that limits the administration of the estate to a certain amount. The sale has to be for market value and for benefit of all of the heirs.

Once one heir is appointed by the court as the executor, the one heir may act on the authority of New York State law to marshal the assets of the estate, pay debts and expenses and disburse the remainder of the estate to the rightful beneficiaries. That can include a house, bank account, stock portfolio, automobiles, and any other assets of an estate.

However, even though the one heir who is the executor does not legally have to have the beneficiaries’ approval, it may still be a good idea for them to communicate with the beneficiaries in a way that can be later proven in court (such as email) to confirm in writing that they agree with one heir’s decision.

For example, if one heir is selling a property of an estate, such as a house or a business, they will do well to advise beneficiaries of the price for which the asset is being sold and confirm in writing that the beneficiaries are comfortable with that price, so as to avoid being sued in the future for “selling it under market value. Is it a good idea for one heir to sell the property without all beneficiaries approving? Not really. Putting himself in such a risky position is what one heir cannot do.

Having your New York estate lawyer get a release form beneficiaries is especially crucial when the transaction in question involves the one heir personally, such as when the transaction is between the estate and the one heir or the one heir derives some sort of benefit from the transaction. For example, if the one heir is transferring a share of the decedent’s business, house, or other property to themselves, they should obtain a written release from the beneficiaries, or at least get them to approve it in writing, in order to avoid the possibility of being sued. Transferring assets to yourself often triggers feelings of inequity in beneficiaries, so it is important to communicate with them, explain that they are still getting a fair share of the estate, and that they are actually getting more money than they would have if not for you buying them out because of cost savings on transaction costs such as paying a broker. It is important that there is a feeling that one heir fulfilled his responsibilities to the beneficiaries.

The most crucial release that the one heir can get from the beneficiaries is at the end of the estate. Once the assets are collected or sold and the debts are paid out, and it’s time for them to disburse the funds to the beneficiaries. But before that’s done, it is important to get the release from the beneficiaries that states that they are satisfied with what they are getting and are never going to sue one heir. The best release comes with an informal accounting, which provides a summary of what property went into the estates, what the expenses were, and what is the share of inheritance for each beneficiary.

Assets that were held in the sole name of a New York City decedent at the time of the decedent’s death are subject to probate under New York laws. Assets may include cash in bank accounts, real estate, stocks, bonds, motor vehicles and vessels, a family business, royalties and copyrights and other assets. One heir who is in charge, together with the assistance of a New York City estate attorney, must compile a list of the decedent’s assets and prepare an inventory. A New York probate attorney can also recommend other professionals that one heir may need to hire to determine the value of the assets such as an appraiser, real estate broker and CPA or accountant.

Assets That May Need to Be Sold

The One heir in charge is obligated to review creditors’ claims and other claims submitted by the decedent’s creditors and interested parties to the estate. Creditors and other claimants must submit their claims within the prescribed statutory period in order to get paid. Sometimes, one heir must sell some of the estate assets to pay off creditors.

Assets that may need to be sold are as follows:

Many times the one heir will discuss the sale of the decedent’s assets with the other heirs, to make sure that everyone is in agreement so as to avoid any estate litigation accounting challenges later on by one or more of the beneficiaries. One heir may also decide to sell assets even if they are not needed to pay off creditors. For example, many times the decedent’s family members and beneficiaries decide that they would rather receive the cash proceeds from the sale of the decedent’s house than keep the property and have to become landlords.

Large estates, especially celebrity estates, often have estate sales where items are auctioned off at public auctions. Smaller estates may simply decide to sell assets in an informal sale.

If you are an heir who is involved in the sale of estate assets, or you are a heir or interested party who would like to expedite the closing of an estate, contact a New York City probate and estate attorney to assist you with the matter. An attorney can help with locating and selling estate assets, preparing and reviewing accountings, attending court hearings and making sure court and tax deadlines are met on time.

New York Consolidated Laws, Estates, Powers and Trusts Law – EPT § 11-1.6 states that “Every fiduciary shall keep property received as fiduciary separate from his individual property. He shall not invest or deposit such property with any corporation or other person doing business under the banking law, or with any other person or institution, in his own name, but all transactions by him affecting such property shall be in his name as fiduciary.” [3]

The estate owns the house. If one heir uses the house to benefit himself at the expense of the beneficiaries, he would be committing embezzlement, which is larceny.

New York Penal Law continues to say that “Larceny includes a wrongful taking, obtaining or withholding of another’s property, with the intent prescribed in subdivision one of this section, committed … by conduct heretofore defined or known as common law larceny by trespassory taking, common law larceny by trick, embezzlement, or obtaining property by false pretenses.” [5]

Someone who is a heir but not an administrator or an executor, and even an heir who is the executor nominated by the will but has not been appointed by the court to act as the executor does not have the power to sell a house. The law states that “an executor named in a will has no power to dispose of any part of the estate of the testator before letters testamentary or preliminary letters testamentary are granted, except to pay reasonable funeral expenses, nor to interfere with such estate in any manner other than to take such action as is necessary to preserve it. [6]

Albert Goodwin, Esq. is a New York estate, guardianship, wills, trust, Medicaid and probate lawyer, and make an appointment to discuss spousal claims and rights to the estate. He is in practice since 2008. He can be reached at (212) 233-1233.