Cousin Stealing from an Estate: What You Can Do About It 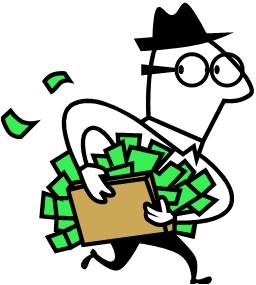 When your cousin is stealing from an estate, it’s usually because the temptation is simply too hard to resist. It comes down to greed. People can come up with all sorts of elaborate excuses for the theft, and then use a number of schemes to cover up what they did. When cousins have a strained relationship or when they were geographically separated for a long time, they will sometimes deny the other cousins their share of the inheritance.

What are the red flags that your cousin is stealing from an estate?

Do you see a sudden increase in your cousin’s spending? Is your cousin buying nicer clothing? Bought or leased a new car? Bough a new house or is renovating their house? Sending their kids to an expensive school? While those things don’t prove that your cousin is stealing from the estate, they could be red flags.

What can we do about the theft? 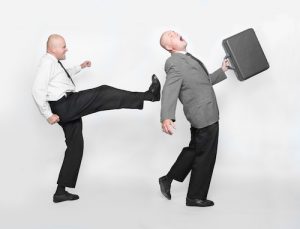 Turnover Proceeding. If your cousin stole property as opposed to money, the beneficiary’s estate lawyer can bring a proceeding for turnover of the property.

Bonding. Sometimes there is a bond on a cousin who is an executor. A bond is a kind of insurance against executor theft. If you are lucky enough that there is a bond, or your estate lawyer was experienced enough to apply for a bond, then you can make a claim against the bonding company if your cousin is found to steal money or property but the money is impossible to recover from your cousin.

What are the potential penalties for your cousin?

What can happen if your cousin is an executor and neglects good advice and steals from the estate? Nothing good. Your cousin can be removed from being executor can be by the judge on the case. The court will force your cousin to return the money. The court might order your cousin to pay for his own attorneys’ fees as opposed to using estate funds to pay for his attorney’s fees. The judge may even order your cousin to pay the wronged cousin’s attorneys’ fees. What is scarier is that if your cousin is an executor, they could be criminally prosecuted for stealing. That’s right, a criminal prosecution even if the executor is one of the beneficiaries of the estate and even if the amount he took is less than his stake in the estate account. The Surrogate’s Court judge can refer the case to the District Attorney’s office, which has the power to prosecute the case in criminal court.

Above, we’ve referred to the executor as a manager. The legal term for someone managing money, including an executor is “fiduciary.” [2] New York’s Estates, Powers and Trusts Law governs the conduct of an estate fiduciary, as well as a trustee and an agent under a Power of Attorney.

New York Consolidated Laws, Estates, Powers and Trusts Law – EPT § 11-1.6 states that “Every fiduciary shall keep property received as fiduciary separate from his individual property.  He shall not invest or deposit such property with any corporation or other person doing business under the banking law, or with any other person or institution, in his own name, but all transactions by him affecting such property shall be in his name as fiduciary.” [3]This includes taking cash from an estate account.

The estate is the owner of the funds. By stealing from the estate account, a cousin who is an executor commits larceny.

New York Penal Law continues to say that “Larceny includes a wrongful taking, obtaining or withholding of another’s property, with the intent prescribed in subdivision one of this section, committed … by conduct heretofore defined or known as common law larceny by trespassory taking, common-law larceny by trick, embezzlement, or obtaining property by false pretenses.” [5]

To sum up, cousins who are executors should keep estate funds where they belong-in the estate account. Whenever they receive any funds relating to the estate in any way, those funds should be deposited into the estate and not withdrawn without either signed consent from each and every beneficiary or an order of the court authorizing your cousin to disburse the funds.

Whether you are a beneficiary who thinks that your cousin is stealing from the estate account, or if you are an executor and you feel that your cousin is falsely accusing you of stealing from the estate account, you can speak with New York estate attorney Albert Goodwin, Esq. He can be reached at (212) 233-1233 or (718) 509-9774.