Can a Trustee Also be a Beneficiary 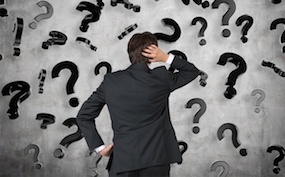 However, although a trustee can also be a beneficiary in many types of trusts, for some types of trusts the rules about trustees and beneficiaries get more complicated and you would need to speak to a New York trust attorney to find out the details.

What can happen if a trustee who is the beneficiary neglects good advice and does withdraw cash from the trust account? Nothing good. The trustee can be removed by the court. The court will force the trustee to return the money. The court might order the trustee to pay for his own attorneys’ fees as opposed to using trust funds to pay for his attorney’s fees. The judge may even order the trustee to pay the beneficiaries’ attorneys’ fees. What is scarier is that the trustee can even be criminally prosecuted for stealing. That’s right, a criminal prosecution even if the trustee is one of the beneficiaries of the trust and even if the amount he took is less than his stake in the trust account. The judge can refer the case to the District Attorney’s office, which has the power to prosecute the case in criminal court, although that rarely happens.

If you need the services of a New York trust attorney, you can send us an email at attorneyalbertgoodwin@gmail.com or call us at 718-509-9774.