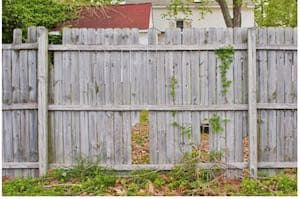 Adverse possession in New York is “the occupation of a person or entity of real property of another with or without knowledge of the other person’s superior ownership rights, in a manner that would give the owner a cause of action for ejectment.” Real Property Actions & Proceedings Law (RPAPL) § 501 (1).

Adverse possession in New York has to be:

For some types of encroachment, adverse possession can be shorter, some as short as two years, or even one year. So if someone builds something new next to you, be careful to do a survey and make sure they don’t encroach on your borders, and speak with your attorney immediately if you feel that they do.

Giving your neighbor permission may work in your favor

Adverse possession only works if it’s hostile. If you are friendly to your neighbor and to give them permission to use your land, it stops being hostile and adverse, and you can always just withdraw your permission later. If you do something like that, always consult your attorney first, and make sure everything is in writing.

The types of adverse possession litigation

Lawsuit to remove a cloud on title

Lawsuit to declare an easement through adverse possession

If you are claiming a right to use someone else’s land that is derived through adverse possession, you can file a lawsuit to declare an easement by prescription.

The principles of adverse possession in New York normally come into play in cases of adjoining properties. One might be cultivating or improving someone else’s land, thinking it is his, only to find out later after the neighbor has re-surveyed the property that such land being cultivated is his neighbor’s.

When the adverse possessor commits acts that are sufficiently open to put a reasonably diligent owner on notice or when the adverse possessor has put substantial enclosures upon the property, these acts, from the time they are committed, are considered adverse acts against the owner, and the counting of the 10-year period statute of limitations to acquire title to the land begins. RPAPL §§ 512 & 522.

For example, you purchased your lot and your neighbor purchased his lot 2000, both of which are adjoining properties. When you purchased it from previous owners, the lots were vacant with no separating fence. You were the first to build his house.

In 2001, you built a fense around your property, constructed a main house and a swimming pool, and near the fence, built another guest house just beside the swimming pool that served as an independent accessory dwelling unit to your property.

Your neighbor filed a lawsuit to quiet title, arguing that you did not have any claim of right because you knew that the property you fenced was not yours.

In this case, the court would likely decide in your favor. When your enclosed your property for at least 20 years, you publicly showed to everyone that the property was yours, that you were holding it exclusively against all other persons, that you were possessing it openly and notoriously.

Because your neighbor did not do anything about it, you can be said to have gained title to the land through adverse possession.

In the same example above, suppose that you after building your house, swimming pool, and guest house in 2001, sold the property to a new owner in 2008. The new owner continued possession over the property. The neighbor surveyed his land in 2015 and found that the fence you built built showed wrong boundaries and that a substantial portion of the guest house (which is now the new owner’s) is in the neighbor’s land. He filed a case against the current owner claiming that she did not acquire title to the property because she only occupied it for 7 years from 2008 to 2015.

In Brand v Prince, 35 N.Y.2d 634 (1974), the Court allowed the tacking of adverse possession even if the disputed portion of the land was not included in the deed. The Court held, “The rule is that successive adverse possessions of property omitted from a deed description, especially contiguous property, may be tacked if it appears that the adverse possessor intended to and actually turned over possession of the undescribed part with the portion of the land included in the deed. (Belotti v. Bickhardt, 228 N.Y. 296, 303, 308, supra; Adverse Possession — Tacking, Ann., 17 ALR 2d 1128, 1131-1132; 3 American Law of Property, § 15.10.) Because the possessory title is entirely an incident of the adverse holder’s possession, transfer of that possession, even by parol, effects a transfer of the possessory interest. (3 American Law of Property, § 15.10.)”

Determining whether possession is continuous

A finding of adverse possession in New York can still be found even if the adverse possessor only stayed and possessed the property for a few months each year. In determining whether possession is continuous, the courts look into the adverse possessor’s acts of possessing the property and his exercise of dominion and control over the premises, whether or not he is physically present on the land, and whether these acts are consistent with acts of possession that ordinary owners of like properties would undertake. Ray v. Beacon Hudson Mountain Corp., et. al., 88 N.Y.2d 154 (1996).

For example, in the same example above, we assume the same facts that you built a house, swimming pool, and guest house, and the guest house encroached on your neighbor’s property. However, you for the past 20 years only lived in the house one month each year, because you’ve spent most of your time in Florida. Your neighbor filed an action to quiet title, claiming that you did not acquire title over the disputed land by adverse possession because your possession was not continuous, only staying in the property for one month for each year of the past 20 years. The court would not likely agree with your neighbor’s argument. In determining what constitutes “continuous”, the court looks into the adverse possessor’s acts of dominion and control that would indicate actual possession, such as overall preservation of the premises, a permanent and substantial structure, constant repeated acts of repelling trespassers, and padlocking and securing the property during their absence, to name a few. These acts show dominion and control over the property, despite the adverse possessor’s physical absence.

The good news for adjoining lot owners is that, since 2008, that statute now considers de minimis acts of possession as not adverse possession. De minimis acts are those stated in RPAPL § 543, such as the construction of fences, hedges, shrubbery, plantings, sheds, and non-structural walls.

In the same example above, assuming that instead of a guest house that serves as an independent accessory dwelling unit, what encroached upon your neighbor’s property was a simple tool shed with no foundation that was simply placed on the property that you purchased from the local home depot store and assembled. Your neighbor now files a claim for quieting of title, claiming you did not acquire the disputed portion by adverse possession because what was constructed was simply as a de minimis non-structural encroachment. In this case, the court would likely find in your neighbor’s favor under RPAPL § 543.

If you have issues of adverse possession in New York, it is important that you immediately consult with a lawyer due to the strict statutory periods of limitation. Should you need assistance in the evaluation of your case, we, at the law offices of Albert Goodwin, are here for you. We have offices in New York, NY, Brooklyn, NY and Queens, NY. You can call us at 718-509-9774 or send us an email at attorneyalbertgoodwin@gmail.com.