Can My Husband Make a Will Without My Knowledge, and What Happens if He Does? 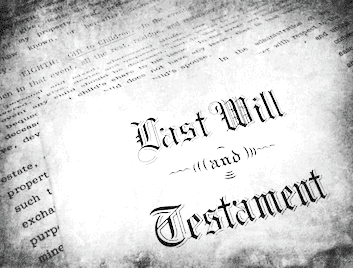 If you are asking can my husband make a will without my knowledge, the anwer is yes. Any person can make a will without telling their spouse. The will is valid for as long as the following requisites are present: (a) your husband had mental capacity and testamentary intent when he signed the will; (b) your husband was free from fraud, duress, undue influence, or mistake; and (c) the will was executed in accordance with the state’s rules.

The rest of the states are common law states. These states use the common law system of property ownership. Ownership is determined by whose name is on the deed, registration paper, or title document. If there is no title document, the spouse who paid for it or received it as a gift is considered the owner.

In this case, someone is asking can my husband make a will without my knowledge and they actually did, and you were residing in a community property state, the excluded spouse can claim that the property stated in the will (even if in the name of the deceased spouse only) is community property. In a common law state, the spouse cannot claim on property that is listed in the name of the deceased spouse alone, even if such property was acquired during marriage.

When you asked can my husband make a will without my knowledge and they did, another consideration in determining whether the exclusion of a spouse totally leaves the excluded spouse with nothing would depend on whether the state of residence of the couple has adopted the Uniform Probate Code (UPC) or not. Some states have adopted the UPC in entirety; others have adopted it selectively; while the rest have not adopted the UPC. It is best to consult with a lawyer about your remedies when you have been excluded from your spouse’s will.

In New York, a spouse is protected by granting the surviving spouse an “elective share” of the deceased spouse’s assets which is defined as the greater of $50,000 or 1/3 of the estate. This spousal right of election can be filed by an excluded spouse who has inherited assets in the will that are less than the elective share. New York is a state that has adopted the UPC selectively.

Claiming the elective share is different in every state. In New York, the notice of election must be done within 6 months of the appointment of the executor of the estate and within 2 years of date of death of the decedent. In Florida, the claim for an elective share must be filed 6 months of service of notice of administration, or two years from the decedent’s death, whichever comes earlier.

If you are asking can my husband make a will without my knowledge, your situation is serious. Because of these strict statutory deadlines, it is important to immediately consult with an estate litigation lawyer when a surviving spouse has been excluded from the will or has received less than the elective share. If you have been excluded from the will, we, at the Law Offices of Albert Goodwin, are here for you. You can call us at 718-509-9774 or send us an email at attorneyalbertgoodwin@gmail.com.