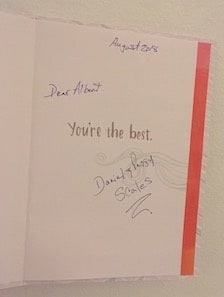 My family and I were selling our home in Brooklyn to move to a beautiful dreamy house in NJ to be close to my children and grand children. We were moving along until the atttorney I retained to handle the sale informed me that there was a lien on our home… We were told that he did not handle matters like this. I asked what the lien was and I gasped and almost fainted. I informed my brother as to what had happened and he contacted Mr. Goodwin. He came by our home and spoke with us and assured us that all would work out well. The next day he requested that my brother forward several documents to him. He began his magic, an employeee from the NYC Agency contacted us and told us that our attorney was working on our case and not to pay any lien until the matter was finalized… After a short time passed we were informed by Mr.Goodwin and the NYC Dept. of Finance that the lien was removed, why because of several laws that Mr.Goodwin was quite familiar with. Strange how other attorneys involved knew nothing about these laws. I am now in NJ enjoying my children and grandchildren,awaiting our first Thanksgiving and Christmas together… This was all made possible thrugh Mr. Goodwin’s diligence, hard work, knowledge of the law and his dedication to his clients. Thank you Albert May God Bless You each and every day.

My husband died in Australia on a scuba diving vacation that turned out to be to much for his heart, leaving a substantial estate. Before I was aware of what was going on his sister rushed in naming herself next of kin, claiming that her brother was divorced attempting to cheat me out of my inheritance. I was devastated at the loss of my a strained yet very loved husband. I spoke to some attorneys in the state of North Carolina where I reside however I was informed that they were unable to take the case as my husband’s estate was in New York, therefore I would have to acquire a New York attorney. I went on the internet and just prayed that the lord would bless me with a good attorney, I was blessed with not just a good attorney but a great one. A tearful frantic call to a busy Albert Goodwin, who to my surprise answered his phone, after all it was after hours but this man was still there, upon hearing my situation told me he would move some things around and would be happy to take my case, I think he disliked the way I was being treated. This is a great firm they helped me every step of the way even though I lived out of state. Mr. Goodwin took control of this situation we became a team, he requested documents once he had those documents my worries were over, soon I was executive of my husbands estate executing his wishes as I know he would have wanted. I will never forget Mr. Goodwin’s last words to some people we will not name, “After All She Is His Wife” Thank you for everything. Mrs. Michele Hines Diaconescu.

During a long, drawn-out estate settlement, I was very fortunate to have Albert Goodwin as my attorney. He is extremely competent, straightforward, and very effective. Albert was my confidant and legal guide as he tackled my case. I always felt that he was looking out for my interests and giving me sound advice. Prior to Albert’s involvement, my case had come to a halt. He moved it along and brought it to a satisfying conclusion. I attribute my eventual success solely to Albert’s actions. I greatly appreciate all that he did for me. Russell Kivatisky, Ph.D.

Mr. Albert Goodwin represented me as the beneficiary of a trust. This very complicated & difficult issue had been unresolved for 24 years!
I finally received my rightful share, only after Mr. Goodwin used his intelligence, observational skills & foresight to win.
He has excellent morality…something sadly missing in most people in the 21st Century.
I am thankful & grateful I hired Mr. Goodwin as my attorney. He went above and beyond to win. I highly reccomend his services.

Mr. Albert Goodwin has helped me with a difficult legal matter requiring much analysis and comprehensive knowledge. He is gifted in memory and observation. He is very responsive and amiable. He intelligently handles difficult situations. He is fair with capital requirements and details his work well. He delivers what is promised. His morality is rarely observed in New York City attorneys. He is one of the best attorneys we have ever worked with!

Albert Goodwin is a great estate attorney. He’s settled my New York probate without any hassle. He is a friendly person and very professional, his staff as well. When we went together to court, it seemed that other attorneys and the judge knew who he was, which made me feel confident in my case. Thank you for helping me out.

Albert Goodwin facilitated an estate settlement for me. I reside in another state and he kept me infomed on all negotiations. The whole matter was settled without my having to go to New York. I highly recommend his legal services.

In a trust case, Attorney Albert Goodwin did a fabulous job sorting through the facts, meticulously to get to the heart of the case. There was quite a bit of study involved. He kept great records and everything was filed on time. He is very responsive and took the case to judge enforcement. He is a real professional. I would rate him a 10 and give him a top 5 Star rating, he’s the best.

Mr. Albert Goodwin is one of the best lawyers we have ever worked with. He has a gifted IQ in observation and memory; he`s extremely personable and responsive. He’s very efficient in billing and has great attention to detail. He has great patience with difficult people. He has a morality that is rarely found in New York attorneys. He will do what he says. You can depend on him. He has helped us immensely with trust law.

This attorney drafted a will for me. The will was drafted in a professional matter, and was pretty fast. A positive experience overall, would recommend.

I asked for Albert Goodwin’s service only once some time ago: writing a will for me.
In one session he completed the whole process of writing the will – without any hassle. He is a friendly person and very professional, and he was very generous in giving me a fee discount because of me being an underpaid musician in NY at that time.

This attorney closed out my mother’s estate, with me receiving the rightful share, to the surprise and dismay of my sister who was the executor. He worked tirelessly on my case, and got results., This is how it should be done. I would recommend Mr. Goodwin to anyone with an estate problem – he gets them resolved.

Albert is a great attorney. He worked very hard to resolve my case in an efficient and timely manner. He is very knowledgeable and trustworthy. I would highly recommend him.

Very well informed! I called from California and he was just as helpful as if I was next door in New York. It’s very rare these days to have an informed discussion with someone who is genuinely interested in making your life less stressful. Thanks Albert!

A truly sincere and honest person, with character and experience hard to come by these days, Albert went out of his way for me and is highly recommended!

Thank you, Albert for meeting with me and giving your honest and helpful advice on the matter at hand.You are the best! Albert Goodwin, is very professional and friendly lawyer. We highly recommend his services for your needs.

Albert provided wise advise that saved us thousands of dollars and even more value in reducing stress and time. He was patient , kind and clear .We strongly recommend him.

I just called from Texas, the lawyer personal attention was amazing . He took his time to listen me and the details about my case. Very honest person and a great professional! He provided important information about my case which avoided me to spend thousands of dollars on a dead case.
I would definitely recommend him !

Mr. Goodwin is a great attorney to have on your side. He is confident and knowledgeable, has his clients best interest in mind, honest and straightforward, and presents the correct assessment of a situation.

Albert Goodwin has been my lawyer for many years. He gets things done in a timely matter and without any hassle. He is very intelligent and can figure out complicated business situations. I can always count on him for legal and business advice.

I contacted Mr. Goodwin last week on a family will matter. His advice
was practical, professional, and honest. I believe another attorney would
have taken my case, began litigation, and charged me accordingly.
However, Mr. Goodwin listened carefully as I read a portion of the will
and explained why we couldn’t win. I checked with a local judge and
Mr. Goodwin was 100% right. Thank You Mr. Goodwin

We worked with Albert to look into question about a will for us. Not only did he answer the phone right away (We have been waiting 2 days for other lawyers to get back to us), he call me back with a full review of our case in less than 2 hours. He was awesome! Very helpful and I would definitely recommend him.