How We Compel Production of a Will 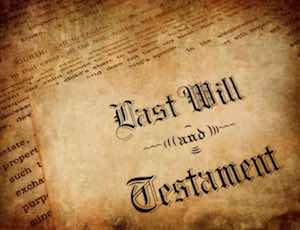 Under SCPA § 1401, an interested party may compel the production of a will.

If you believe that a person has been hiding the will, has destroyed the will, or has knowledge about the will of a deceased person and such will has not yet been offered to probate despite a reasonable time having lapsed after the death of such person, you may file a petition to compel the production of the will under SCPA § 1401.

“Whenever it shall appear to the court, on its own, or by the petition of a person authorized under the succeeding section of this act to present a petition for the probate of a will, that there is reasonable ground to believe that any person has knowledge of the whereabouts or destruction of a will of a decedent the court may make an order requiring the person or persons named therein to attend and be examined in the premises.  Service of the order must be made by delivery of a certified copy thereof to the person or persons named therein either personally or in such manner as the court shall direct.  The court may either in the order or otherwise in the proceeding require the production and filing in court of any will of the decedent which it finds is in the possession or under the control of the respondent.  The court may impose the reasonable attorneys fees of the petitioner in such a proceeding against a respondent when the court determines the respondent did not have good cause to withhold production of such will or codicil.”

If you are looking for an attorney to compel production of a will, we at the Law Offices of Albert Goodwin are here for you. You can call us at 718-509-9774 or send us an email at attorneyalbertgoodwin@gmail.com.

Why would a person refuse to offer a will for probate?

There could be several reasons.

First, the person is probably not happy with the provisions of the will and would prefer the estate of the deceased to be distributed in accordance with the laws of intestacy.

Second, the person might not have the money to hire a lawyer to file the petition for probate.

Third, the person does not want to change the status quo. For example, a person who is living in the decedent’s residence would not like to probate a will that gives the residence to another heir.

Regardless of the reason, an interested party may compel a person who has possession or has knowledge of the whereabouts or destruction of the will to appear in court to produce the will or be examined as to its whereabouts.

Proceedings to compel production of a will

There are several scenarios:

Procedure under SCPA § 1401 to compel production of a will

In the petition under SCPA § 1401, you name the person you believe has knowledge or is in possession of the will. The Court will then issue an Order directed to that person, asking that person to appear before the court so that such person may be examined as to the whereabouts of the will.

It is easy to deny the existence of the will. This person might do that. For this reason, it is important to have an estates litigation attorney who can ask the right questions that will draw out the right answers.

Who may compel production of the will

Contents of the petition

Your petition should contain the following information:

A petition to compel the production of a will is used to begin the process when the executor or a person in possession of the will refuses to offer the will for probate. If you feel that a person is hiding the will from you and refusing to offer it for probate, you can file this petition to compel the production of the will. Should you need assistance, we at the Law Offices of Albert Goodwin are here for you. We have offices in New York, NY, Brooklyn, NY and Queens, NY. You can call us at 718-509-9774 or send us an email at attorneyalbertgoodwin@gmail.com.