Criminal Possession of a Controlled Substance – Available Defenses and Strategies 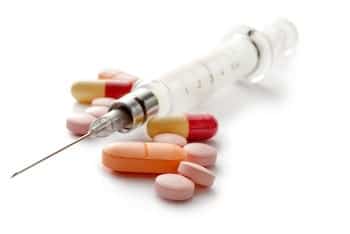 Available Defenses to Criminal Possession of a Controlled Substance

In the medical emergency exception, if the discovery of unlawful possession is a result of seeking immediate health care for you or another person, there is no criminal possession. For example, if one experienced a drug overdose and was brought to the hospital, any drugs found in one’s possession at the time he is seeking medical care due to such overdose cannot be considered criminal possession. In the residual amount as part of a syringe exchange exception, one cannot be charged with criminal possession if the amount of drugs found is in a hypodermic syringe or needle that is part of the state’s syringe exchange and pharmacy and medical provider-based expanded syringe access programs. This means that the illegal substance must be more than a trace in the needle or syringe.

Other available defenses for criminal possession of a controlled substance can be raised by a competent defense lawyer, based on the constitution and evidence proving each element of the crime.

For example, at the time one is taken into custody for interrogation, one must be read his Miranda rights. If none were given, any confession or admission made should be excluded as evidence.

A competent defense lawyer will also analyze, based on existing jurisprudence, whether the search which produced the drugs was legal and made with probable cause.

If there was no probable cause to search, even if the search produced drugs in one’s possession, the drugs found are inadmissible as evidence. For example, if one was just waiting in the traffic light to cross the street with no unsuspecting behavior and no informant that tipped law enforcement of his possession, if law enforcement, without probable cause, started searching him, even if the search produced drugs, it is inadmissible because of the illegal search. One’s skin color alone cannot be considered probable cause.

Another element of criminal possession of a controlled substance is knowingly possessing the substance. If one had no knowledge that his bag had a controlled substance (i.e., it was borrowed from a friend, etc.), one element of the crime cannot be proved beyond reasonable doubt. In these cases, it is important to remember that a person is presumed innocent until proven guilty. Prosecution has the burden of proof to prove each element beyond reasonable doubt. If there are any loopholes in the prosecution’s case, this can already be used as leverage to reduce the charges because the prosecutor will know, based on his evidence, whether he can get a conviction or not, and whether it is wiser to admit a guilty plea for a lesser charge.

If you are charged with criminal possession of a controlled substance, please do not try fixing it by talking to law enforcement officials by yourself. You have a right to remain silent because anything you say can be used against you in a court of law. For this reason, immediately contact a competent defense lawyer.

Degrees of Criminal Possession of a Controlled Substance

Convictions for criminal possession of a controlled substance carry different sentences depending on a number of variables, such as whether one is a first-time offender, or whether there was intent to sell (especially when the amount found is too large for personal use).

For first time offenders, a good criminal defense lawyer will be able to get the following less severe penalties, such as fines, probation, diversion, adjournment in contemplation of dismissal, or rehabilitation. In adjournment in contemplation of dismissal (ACD), the court defers the disposition of the case for a period of six months or more with the potential that the offender’s charge will be dismissed if he doesn’t engage in additional criminal conduct. Sometimes, this ACD includes diversion. In the diversion program, the prosecutor allows the first-time offender to enter into a counsel and behavior modification program for six months or more in exchange for the dropping of charges upon successful completion. Rehabilitation is normally included in ACD and probation sentences.

For a first-degree possession charge for criminal possession of a controlled substance, on the other hand, there is a mandatory minimum term in prison of 15 years and the judge doesn’t have the option to give you anything less. For this reason, you need to consult with a competent lawyer immediately when charged with criminal possession of controlled substances because any loopholes in their evidence and the prosecutor’s case can give one leverage to negotiate for a lower charge or a dismissal altogether.

We at the Law Offices of Albert Goodwin, are here for you. We have offices in New York, NY, Brooklyn, NY, and Queens, NY. You can call us at 718-509-9774 or send us an email at attorneyalbertgoodwin@gmail.com.