Divorce Lawyer In New York, NY – What We Do 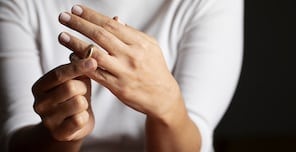 A divorce lawyer in New York, NY handles a myriad of issues that come with the petition to dissolve a marriage, such as uncontested divorce, contested divorce, annulment, no-fault divorce, negotiating a settlement of the community property, child custody, child support, spousal support, stipulations of settlement, modification and enforcement of prior support orders, sibling and grandparents’ visitation rights, domestic violence, child abuse, and pet custody, to name a few.

New York recognizes “no-fault” and “fault” divorces. There are seven grounds for divorce, the first of which is considered no-fault: irretrievable breakdown in relationship that lasts at least 6 months; cruel and inhuman treatment; abandonment (either physical or sexual); imprisonment of 3 years or more in a row; adultery; divorce after legal separation agreement of at least one year; and divorce after judgment of separation. Fault divorces require trial and proof of the fault. For this reason, since 2011 when New York recognized no-fault divorces, the most common ground for divorce now is the irretrievable breakdown in relationship that lasts at least 6 months. This ground for no-fault divorce, however, can only be used in an uncontested proceeding if all economic issues, such as debt, division of marital property, child custody, and support, have been resolved.

Divorce Lawyer for Uncontested vs. Contested Divorce in New York

The uncontested divorce is fast and relatively inexpensive. There are three types of uncontested divorces: consensual, default, and by publication. In consensual divorce, both spouses agree to divorce each other with no disagreements regarding child custody, child support, spousal support, or the division of marital assets. With no reason to intervene, the court’s role is relatively minimal, except to approve by judgment the Stipulation of Settlement executed by the couple.

In default divorce, the spouse has been notified about the proceedings, but has not answered. As such, a judgment of divorce is decreed by default. In publication, the plaintiff spouse does not know the whereabouts of the other spouse and therefore acquires personal jurisdiction via publication. If, despite the summons being published, the other spouse has not come forward and answered the divorce complaint, the other spouse is considered in default, and a divorce decree can be issued.

If the couple does not have children or property together and completely agree to end the relationship, the divorce proceedings can be completed in as little as six weeks.

The contested divorce, on the other hand, is expensive and time-consuming. Even if both parties agree to divorce, if they don’t agree on the incidental issues such as the division of marital assets, child support, or spousal support, trial will proceed, and a judgment will be decreed by the court, taking into consideration the best interests of the children.

A divorce lawyer in New York, NY will help you pursue an economical remedy that provides the best deal for you in the divorce.

One contentious in divorce proceedings is the division of marital assets. The divorce lawyer in New York, NY will help you identify which asset is considered marital, and which is separate. As a general rule, unless there is pre- or post-nuptial agreement that provides otherwise, all income and property acquired before marriage is considered separate, while all income and property acquired during marriage is marital. However, gifts made by a non-spouse, including inheritance, and certain compensation for personal injuries are considered separate property, even if acquired during marriage.

There are gray areas where separate property becomes marital property, especially when there has been commingling funds that there is difficulty in identifying what is separate from marital. In addition, the increase in value of separate property purchased before the marriage, but remodeled by the other spouse during marriage, is marital in nature.

If the spouses cannot agree on the division of property, the court will decide on the division based on an equitable distribution. Equitable does not mean equal; it means fair. In determining what is equitable, the court considers each spouse’s income and property at the time of marriage and at the time of divorce, the length of the marriage, each spouse’s age, health, income, and potential earnings, the custodial parent, spousal maintenance, and contributions as a homemaker.

Given the probability of contentions on marital property issues, it is best to consult with a divorce lawyer in New York, NY to assist you in planning your divorce.

Child support is generally the amount of support one parent has to pay the other parent who has primary custody over the children. Child support is preliminarily computed by the court as a percentage of the combined income (less deductions) of the parents, depending on the number of children. The court may find that the non-custodial parent’s pro-rata share is unjust or appropriate, based on a number of factors, and may increase or decrease the preliminary child support amount. Child support can be withheld from income for employees, while self-employed and unemployed parents have the option to make payments online or by mail.

If a parent or spouse loses his or her job, he should immediately file a petition to modify the previous court’s order for support. Otherwise, his child or spousal support payments will be in arrears and considered a debt.