Filing for Divorce in New York 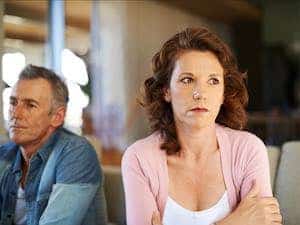 When filing for divorce in New York, NY, you have to consider important factors such as whether the divorce is contested or uncontested and issues of spousal support (alimony), child support, child custody and division of marital property.

You must fulfill the residency requirement and base it on one of the grounds for divorce. Fortunately, since 2011, New York has recognized no-fault divorce which allows spouses who agree to all the terms of the divorce to simply file a Stipulation of Settlement, which the court will approve in its judgment of divorce.

A contested divorce is a divorce where spouses do not agree on certain matters relating to the divorce, such as division of marital property, child support, alimony, or custody. Some people think that, by filing for divorce in New York, NY based on fault grounds, such as adultery, they would get a better deal in terms of division of marital property, alimony, or child support.

To the contrary, the court has standards to observe when deciding on these contested issues, and rarely does the ground for divorce impact the issue, unless it is relevant to the standard. The most contested issues in a divorce are generally division of marital property, alimony, child support, and child custody.

In the examples above where the grounds are based on a legal separation agreement or irretrievable breakdown in the relationship, no fault is alleged and the divorce is based on mutual agreement by the spouses. It is one type of an uncontested divorce.

Uncontested divorces are cheaper because the hours spent by the lawyer in handling the case are less than in a contested divorce where more legal representation is required to arrive at an agreement or resolution on contested matters. This is why it is always recommended that spouses agree on all matters relating to the divorce such as division of property, child support, alimony, custody, and visitation rights, to save on legal fees and the expenses and anxiety of a trial.

For example, in the case above where Jennifer would like to divorce John and John refused to agree to the divorce, Jennifer’s recourse is to file for divorce in New York, NY and have the court issue summons to John. If John received the summons and still did not appear, the court can declare John in default, and will proceed in hearing the case. It will grant a judgment of divorce, which could include provisions on marital division of property, child custody, child support, and alimony without any input from John. Any judgment in this case would be enforceable against John. If, in the judgment of divorce, John has to pay child custody of a particular amount per month, Jennifer can have this enforced. She can go to the Child Support Collection Unit and have the agency enforce child support through payroll deductions from the employer, by taking state and federal income tax refunds, seizing assets, suspending driver’s licenses, and notifying credit reporting agencies of overdue child support payments.

Suppose instead that Jennifer and John had been separated for years and Jennifer had lost contact of John and could not find John anymore in his last known address. In this case, since John cannot receive summons, summons will be served by publication. The court can acquire personal jurisdiction over John through publication, and if John still does not appear after a particular period of time from publication, John can be declared in default and divorce proceedings can continue. Similar to a divorce by default, the judge can issue a judgment of divorce based solely on Jennifer’s evidence and any decree relating to the marital division of property, child support, child custody, and alimony (to name a few) shall be enforceable.

Given above, it is always better, when one receives summons, to answer an action filed by the other spouse for divorce because even if you don’t appear, an enforceable judgment can still be issued against you. Ultimately, mutually agreeing to the terms and conditions of a divorce is the most economical way to proceed with a divorce.

In alimony and marital division of property, the courts consider the following factors: length of marriage, income and property of both spouses, present and future earning ability of the spouses, where the children will live after the divorce, overall marital property division in the divorce, loss of health insurance of a spouse by reason of the divorce, contribution and services to the household of the spouse seeking alimony, and wasteful dissipation of marital property or unfair transfer or hiding of assets.

Adultery, alone, will not impact any decision on alimony or marital division of property unless the adultery led to wasteful dissipation of marital assets or can be considered egregious conduct. Conduct is egregious when the behavior is beyond the bounds of ordinary actions for divorce. It is the most exceptional of circumstances prompted by morally shocking behavior. Most decisions consider attempted murder, assault, physical and verbal abuse against the spouse as egregious conduct.

So, if Spouse A withdrew money in the bank account held jointly with Spouse B and used this to buy his new partner jewelry worth thousands of dollars even before the divorce was finalized, Spouse B can claim that Spouse A wastefully dissipated marital assets because the bank account was in both their names and can argue for a greater portion of the marital property and a higher amount of alimony.

Marital division of property can be a contentious issue also because of the difficulty in determining which property is separate and which is marital, especially when funds have commingled. For example, if prior to the marriage, Spouse A had savings of $300,000. He got married to Spouse B, and thereafter, the spouses purchased a house worth $300,000 on a mortgage of $150,000. Spouse A fully paid for the entire downpayment of $150,000 using his separate money, while the monthly mortgage payments were shared by the spouses. The house was in the name of both spouses. After paying off the entire mortgage, Spouses A and B decide to divorce. Spouse A is claiming the house is his separate property. In this case, there is transmutation of property. Spouse A has the burden of proof to trace, identify, and prove how much from the value of the house is his separate property.

Given the complications in dividing marital property and determining which is separate, it is best to be represented by competent counsel when negotiating with the other spouse on a divorce settlement agreement. Having competent counsel beside you will lessen your anxiety, knowing that you have an advocate who will represent your interests and get you the best possible deal in the divorce.

DRL § 236(B)(7) explicitly prohibits considering the misconduct of either party (which includes adultery) in determining child support.

The standard the courts use in determining custody is the best interests of the child. Thus, adultery can only affect child custody if the new partner is harmful or dangerous or the new relationship is a bad influence to the children.

When filing for divorce in New York, NY, it is always recommended that you attempt with the other spouse to mutually agree with the terms of divorce so that the proceeding will be uncontested. This can save you lawyer’s fees which you can use for other things, such as your family’s expenses.

The notion that adultery can get you a better deal is outdated, and filing an action based on this ground will only make the proceedings costly for both parties in the long run. Even if adultery is involved, most couples nowadays divorce based on irretrievable breakdown in the relationship, a no-fault divorce that doesn’t require proof of fault and trial.

In the end, it is more economical to use your resources in amicably negotiating with your spouse (through your lawyer) and finding an equitable way to divide up the marital property, a reasonable way to share custody over the children, and determining a sufficient amount for payment of child support.

In order to vest New York courts with jurisdiction over the action for divorce, either of the spouse must have resided continuously in New York for at least two years before filing for divorce in New York, NY. This two-year residency requirement can be reduced to one year if:

If the ground for divorce happened in New York and both spouses are residents of New York on the date the proceeding for divorce is filed, the action for divorce may prosper even without fulfilling the one- or two-year residency requirement. New York Domestic Relations Law (DRL) § 230.

The first ground, irretrievable breakdown in relationship for a period of at least 6 months, is the basis of a no-fault divorce. It was only added in 2010 as an amendment to the Domestic Relations Law. Prior to such amendment, couples were using the ground, divorce after a legal separation agreement, as a ground similar to no-fault divorce.

For example, John and Jennifer were married in 2000. If they agreed to divorce prior to 2010, they could not use the ground, irretrievable breakdown in relationship for at least 6 months. The rest of the grounds are mostly grounds where fault of one spouse has to be alleged. When one alleges fault, it has to be proven in court. This requires trial, is lengthy, and costly. For this reason, John and Jennifer would enter into a legal separation agreement, and after one year, convert it into a divorce decree. This would not require any allegation of fault, but would require a waiting period of one year after the execution of the legal separation agreement.

If John and Jennifer were to divorce in 2011, they could already file for divorce in New York, NY based on irretrievable breakdown in relationship for six (6) months. The waiting period is shorter at 6 months rather than one year. In this case, instead of a legal separation agreement, John and Jennifer would enter into a Stipulation of Settlement, agreeing in all matters relating to division of property, custody, child support, and alimony, to name a few. This Stipulation of Settlement will be respected and approved by the court in its judgment of divorce.

If you need legal representation in divorce settlement agreements or filing for divorce in New York, NY, we, at the law offices of Albert Goodwin, are here for you. We have offices in New York, NY, Brooklyn, NY and Queens, NY. You can call us at 718-509-9774 or send us an email at attorneyalbertgoodwin@gmail.com.