Grounds for Disinheriting a Child – Each One Has a Story 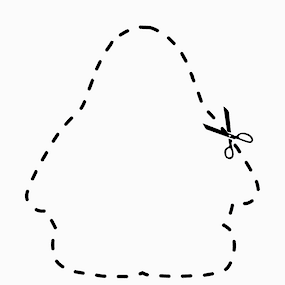 Although you don’t legally need any grounds for disinheriting a child, most parents have their reasons. Parents and children are people, life is long and relationships are complicated.

In most states, a competent adult has the right to make a will that disinherits their child. Although the child has the right to sue and try to overturn the will, it’s a valid legal document which will stand unless there is evidence to the contrary.

Disagreements may arise. Both parents and children can have grievances against each other. There may be financial or personal reasons why a parent feels that a child should be disinherited. Whatever the situation might be, you will need representation by an estate attorney. You can call attorney Albert Goodwin at 718-509-9774 or 718-509-9774 if you need a consultation about your situation where grounds for disinheriting a child play a part.

In this article, we will discuss the most common grounds for disinheriting a child.

A Child Not Involved With The Parent in Their Later Years

A child lives closer than the other children. A child who lives closer than another child, especially if a child lives out of state as opposed to in close proximity to the parent. The child who lives closer to the parent sometimes receives better treatment in inheritance because the parent feels that the closer child spends more time with them. The parent bonds more with the child who is closer, may see them and the grandchildren from that child more. That creates a feeling of a better relationship with the parent, which may result in disinheriting the out-of-state children.

Emotional Grounds for Disinheriting a Child

Children took a side in a divorce. Parents get divorced and children can take sides. A parent whose side the child did not take can get angry with that child and disinherit them.

A Child is Doing Better Than The Other Child

A child is well off. When a parent has multiple children and some of them are well off and other ones are not, a parent might disinherit the well-off children in order to benefit the ones that are not so well-off.

Not Wanting the Inheritance to Go to Third Parties

A child’s divorce, spouse, soon to be ex-spouse or partner. A parent might feel that they don’t want their hard-earned money to go to a child’s husband, wife or spouse, whether or not they are in the process of divorce. This is something that can be avoided with a trust.

Medicaid and Government Benefits. A parent may want to preserve a child’s eligibility for government benefits such as Medicaid, Supplemental Nutrition Assistance Program or Supplemental Income from the Social Security Administration. This is something that can be avoided with a trust.

Communication Grounds for Disinheriting a Child

Conflict Grounds for Disinheriting a Child

Family conflict. A family conflict may cause a fight and leave the parents upset at the children, resulting in a child getting disinherited.

Practical Grounds for Disinheriting a Child

A parent may feel that being a younger or older child is a reason to get less inheritance or get disinherited.