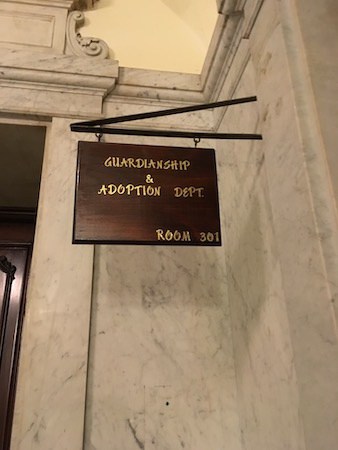 A petition for guardianship is made when the child’s parents are unable, unwilling, or unfit to provide care and support to their children. A child is anyone who is below 18 years of age and unmarried.

Examples of situations where a petition for guardianship would prosper are instances where the parents die; become ill, disabled, incapacitated, or incarcerated; or get deported or deployed in active military service.

Guardianship can be permanent or temporary. It could be a guardianship of the person or it could include property. To determine who the guardian is, a petition should be filed with a competent court with jurisdiction. In all cases, the court will take into consideration the best interests of the child.

When the child is older than 14 years of age, the child’s preferred guardian is given weight. If both parents are alive, their consent is required for the appointment of a non-parent guardian, because as a general rule, the parents are the guardians of the children.

Courts with Jurisdiction Over Guardianship of a Child

When a child receives $10,000 through a life insurance policy, when someone dies, or any other reason, even the parent has to file a petition for the guardianship of the child’s property with the Surrogate Court to safeguard the money until the child turns 18 years old. The guardian cannot touch the money without a court order.

Stand-by guardianship occurs when a person has an illness, becomes administratively separated, or incapacitated to take care of the child. The parent appoints a primary and an alternate stand-by guardian by completing a form to be signed in front of 2 witnesses of legal age. The stand-by guardian has 60 days from the occurrence of a triggering event to file a petition for the custody of the child. Although the court will always decide what is for the best interests of the child, this form signed by the parents is the best evidence of what the parents feel is best.

Other Practical Considerations for Guardianship of a Child

A guardian makes life decisions for their ward, including where they can go, where they can travel, decisions about health care, and other lifestyle choices. For this reason, the guardian has a fiduciary duty towards the child. In New York, a guardian has to take a course and receive instruction as part of his/her appointment. The guardian must also submit an annual financial report of the property matters of the child.

When drawing up a will and deciding who will be a guardian for your child, take into consideration the following: age, residence, emotional maturity, financial responsibility, and religious preference. Although it would seem wise to appoint one’s parents as guardians of one’s child (the grandparents), there is a big possibility that they would not be alive anymore when the parent dies.

There are also issues with regard to residence because different states have different rules about moving minors out of state. If the appointed guardian lives outside the United States, it will be difficult to implement the guardianship. A 19-year old brother, even if the parent is close to him, might not be emotionally mature to take care of the parent’s children.

If the parent has a religious preference, a guardian with similar religious beliefs may be named.

If the child is LGBT and the parent does not support that, it would sometimes make sense for someone with support towards the LGBT community should be considered as guardian.

In any case, the best practice is always to name one guardian and an alternate, in case the first one is unavailable.

If you feel the need to be appointed as guardian or need any help with regard to guardianship petitions, we at the Law Offices of Albert Goodwin, are here for you. We have offices in New York, NY, Brooklyn, NY and Queens, NY. You can call us at 718-509-9774 or send us an email at attorneyalbertgoodwin@gmail.com.