How a Drug Crime Lawyer Can Help You 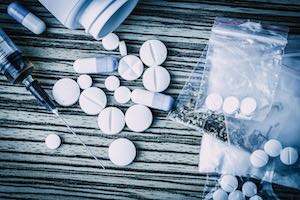 A drug crime lawyer will be able to help you when you have been arrested for possession, selling, distributing, or manufacturing of illegal drugs. These drug crimes of possession, selling, and manufacturing refer to illegal drugs such as cocaine, heroin, ecstasy, crystal meth, and LSD. It may also refer to prescription drugs when possessed with no prescription. In New York today, marijuana has been legalized for recreational and medical use for adults 21 years of age or older, for as long as it is consumed in a private home or state-licensed on-site consumption site.

If you are looking for a drug crime lawyer, we at the Law Offices of Albert Goodwin are here for you. You can send us an email at attorneyalbertgoodwin@gmail.com or call us at 718-509-9774.

Allegations of drug crimes are serious. If convicted, you may lose driving privileges and your professional license. A large fine and a long prison sentence may be imposed. You will have a permanent criminal record that could limit future employment opportunities.

Additional charges may be compounded, depending on your proximity to a school zone, paraphernalia, participation in a larger conspiracy, weapons charges, or driving while ability impaired. Usually, your charge may be elevated to a federal drug case when the crime involved crossing borders, when the FBI or the DEA makes the arrest, or when federal authorities take over. This usually happens when you are investigated as part of a larger conspiracy of selling, distributing, and manufacturing drugs.

Higher penalties will be imposed when a firearm was used when dealing drugs, if you have been previously convicted of a felony, if you distributed drugs to someone below 21, you used a person below 18 to help you in dealing drugs, or you are dealing or manufacturing near a school. Specific penalties largely depend on the type of drug possessed, the amount of drugs, the nature of the offense, and the defendant’s criminal record.

When facing a drug charge, it’s important to immediately seek the assistance of a drug crime lawyer to ensure that your rights are protected your story is consistent from the beginning. 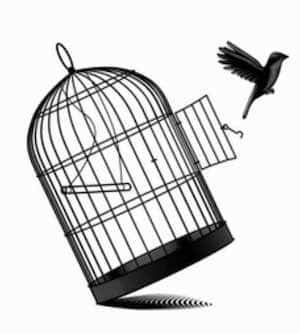 In New York, it is a requirement that the possession of a drug was “knowing.” If you did not know that you were possessing the drug, then you cannot be held liable. For example, if the drug was in the bag you were carrying, but you did not own that bag and it was your friend’s bag, you may have a strong defense against a possession charge.

An illegal search and seizure is unconstitutional and excludes any evidence that was acquired through that illegal search. If there was no probable cause for a police officer to stop and search you, then any drug that was found in that search cannot be admitted into evidence by the court. Without the drug itself, the prosecution’s case fails.

Police misconduct, though rare, is still practiced. One can always argue and raise that he was discriminated against and the drug was planted upon him by the police.

Drug crimes are very serious. A drug crime lawyer will first attempt to exclude all evidence that was acquired in the search. If it is not excluded, a drug crime lawyer will raise several defenses that would put doubt into the validity of the charge. If there is any doubt, the prosecution’s case will fail because it is essential that they prove the criminal charge beyond a reasonable doubt.

If you have been arrested for a drug crime, we at the Law Offices of Albert Goodwin are here for you. We have offices in New York, NY, Brooklyn, NY and Queens, NY. You can send us an email at attorneyalbertgoodwin@gmail.com or call us at 718-509-9774.