I Slipped and Fell at Target 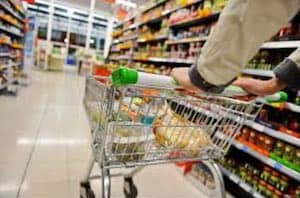 We go to Target several times a week. Although it may seem like a relatively safe place, accidents can still happen due to damaged grocery carts, improperly positioned floor mats, or slippery floors from leaks and spills. These conditions can cause one to slip and fall. If it has happened to you, you might now be wondering, I slipped and fell in Target. Now what?

Now, you find a lawyer, like us, who you can consult, share your experience with, and who will aggressively advocate for your right to be compensated for the injuries sustained in their premises. If you slipped and fell in Target, you can call us at the Law Offices of Albert Goodwin at 718-509-9774 or 718-509-9774 or send us an email at attorneyalbertgoodwin@gmail.com.

What to do if you’ve slipped and fallen in Target

Hopefully, when you slipped and fell in Target, you did the following things in order to strengthen your claim.

Most large supermarket chains have employed lawyers to defend them. These mega-chain lawyers and their insurance companies will likely give you a lowball offer if you come into the negotiating table on your own without legal representation. For this reason, it is recommended to get a lawyer even during the preliminary stage of gathering your evidence and building your case. Most lawyers will accept slip-and-fall cases on contingency.

If you’ve slipped and fallen in Target, proving Target’s liability is a matter of proving a negligence claim:

For example, you were in Target. There were attendants giving out free food and drinks in a booth inside Target. One supermarket goer was given a free drink, which she accidentally spilled on the floor. Several supermarket employees saw the spill on the floor but did nothing about it. After two hours, you were passing by an aisle, searching for his groceries on the shelves when you slipped on the spilled drink. You suffered serious back injuries because of the slip. Is Target liable? Yes, because several employees saw the spilled drink but failed to do something about it.

The third element, causality, is also a point of contention in negligence litigation. Supermarkets will always try to deny liability when you’ve slipped and fallen in their premises. They will claim that the reason for your injuries is not the slip and fall. This is usually argued when there is a long period of time that has lapsed between the accident and the reported medical injury.

Medical reports, medical bills and other expenses can show physical and financial injuries. If you are claiming for lost wages and future lost earning capacity, you need your pay stubs, bank statements, and tax returns to show how much you were earning and a medical report from your doctor stating the time you need to stay home for recovery. Medical experts can testify regarding the pain and suffering caused by the injury you sustained in Target’s premises.

If you have slipped and fallen in Target, remember the tips provided above on what to do immediately after slipping and falling, such as reporting the incident immediately to the store manager. Also get a lawyer, like us, on board from the outset so you can build your case immediately while evidence is still fresh and can easily be gathered. For example, if you wait longer in filing your complaint, surveillance camera footage may be deleted due to Target’s need for memory space in its computer, and not necessarily to disprove your claim. This deletion might not be taken against Target. If you act quickly, the greater your chances of getting a higher settlement.

If you are wondering what to do because you’ve slipped and fallen in Target, we at the Law Offices of Albert Goodwin are here for you. We have offices in New York, NY, Brooklyn, NY and Queens, NY. You can call us at 718-509-9774 or 718-509-9774 or send us an email at attorneyalbertgoodwin@gmail.com.