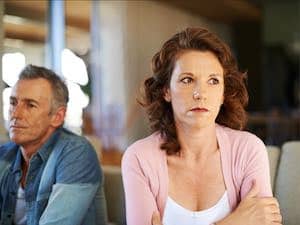 Legal separation in New York, NY can be obtained by a married couple in two ways:

Filing a complaint for legal separation, however, is rare because it is contested, requires proof of the legal ground, needs trial, and thus, is expensive. For this reason, most cases of legal separation in New York are caused by the execution of a mutual separation agreement.

Legal separation in New York, NY doesn’t mean you can get remarried. Only divorce can break the marriage bond. Legal separation only physically separates the couple and provides for a resolution regarding the effects of the separation. For example, the separation agreement will provide for a custody agreement, visitation rights, financial support to the spouse (if any) and the children, marital division of property, and all other issues that a normal divorce decree would resolve.

You might wonder why you would prefer legal separation in New York, NY when you can already get divorced and remarry. Today, most couples legally separate, instead of divorce, to avail of certain benefits such as social security and medical insurance, and to cushion the effects of an eventual divorce.

To illustrate, John and Martha have been married for seven years. They have three children, ages 4, 3, and 1. Because of the high costs of daycare, John and Martha decided for Martha to stay home to take care of the three children, while John would be the one to work. John had medical insurance in his employment and included Martha in the coverage as an unemployed spouse. However, after seven years of marriage, John felt he had outgrown Martha and would like to divorce. If Martha did not seek independent counsel, Martha would have just agreed to John’s request and granted a divorce. If they divorced immediately, Martha would immediately lose the medical insurance coverage from John’s employment and would not be entitled to John’s social security benefits.

On the other hand, if Martha consulted independent counsel, she would learn that it is better to propose to John to get a legal separation in New York, NY first. This would allow her to avail of John’s medical insurance while she looked for employment and be covered by her own employer’s medical insurance. Martha’s lawyer would also advise her to propose to John to have the legal separation for 3 more years, and thereafter convert it to divorce after the 10th year, so that John and Martha would be considered as spouses for 10 years. This would allow Martha to avail of John’s social security benefits, such as retirement. Once John retires, Martha would be eligible to receive 50% of John’s retirement benefit as an ex-spouse. Why would John agree to this proposal? Because John and Martha decided that Martha stay at home to take care of the children, and thus, Martha gave up her career for their family. It is only appropriate that John would agree to such proposal.

In any agreement, there are always two parties with opposing interests. In a legal separation agreement, even if the spouses separate amicably, both parties will still be considered adversarial in nature. For example, in the case of John and Martha, when dividing property, both John and Martha will each try to get a bigger portion of the marital property. For custody, both John and Martha might fight for physical custody over the children. If Martha gets the kids, when discussing child support, although there is a computation provided by law, Martha will try to get the best deal she can get for her children, while John might try to negotiate for the minimum possible amount he can give for child support. Martha will ask for spousal support, while John might want to deny this part. Given this adversarial nature of a legal separation agreement despite an amicable separation, it is always advisable to be represented by competent legal counsel who can advise you of your rights and negotiate the best possible deal for you. Being represented by legal counsel also allows the spouse to be detached from the proceedings and not be affected emotionally, if he/she had been present in the negotiating table.

Legal separation as a requirement for conversion divorce

Divorce may be obtained in New York if the spouses have been legally separated for a year. In order to convert the legal separation agreement into divorce, the agreement must have been filed with the county clerk. Generally, the court will adopt in its divorce decree the provisions in the legal separation agreement. However, the court may choose not to adopt provisions regarding child support and custody if it is not for the best interests of the child.

Cost of legal representation in a legal separation

A lawyer in New York can charge a flat fee of $1500 upwards in drafting and negotiating a separation agreement. This includes consultation, representation, negotiation with the other party, contract drafting, and filing with the county clerk’s office.

Although parties can attempt to draft a separation agreement amongst themselves, it is always wiser to seek independent counsel so you can be apprised of your rights and can use this knowledge as leverage in the negotiating process.

Should you need a separation agreement, we, at the law offices of Albert Goodwin, are here for you. We have offices in New York, NY, Brooklyn, NY and Queens, NY. You can call us at 718-509-9774 or send us an email at attorneyalbertgoodwin@gmail.com.