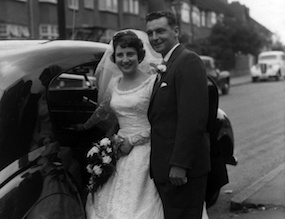 It is Extremely Difficult to Completely Disinherit a Spouse…

Spouses of the deceased have strong inheritance rights under New York law. If the decedent died without a will (intestate), a spouse has the right to fifty thousand dollars and one-half of the residue of the estate. Even if there is a will disinheriting the spouse, a spouse still has a limited time to claim the “elective share” of the greater of fifty thousand dollars or one-third of the estate (up to one-half of the estate if the couple has no children).

New York’s Right of Election Law is what protects spouses from being disinherited. An “elective share” claim, in the amount of either $50,000 or one-third of the estate, is almost always successful. A spouse has six (6) months from the appointment of an executor or an administrator of an estate to file a right of election, and the filing has to take place within two (2) years of the decedent’s death.

There are also other ways to fight an elective share claim, such as questioning the validity of a marriage or proving the spouse’s abandonment of the decedent.

New York elective share laws are complicated, and experience in the Surrogate’s Court practice is paramount when dealing with those claims. Call the Law Offices of Albert Goodwin at (718) 509-9774 and make an appointment to discuss spousal claims and rights to the estate.