Non-Custodial Parent Moving Out of State 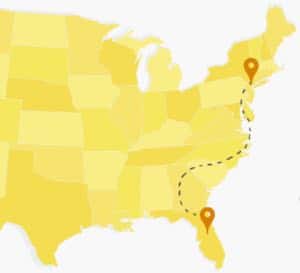 For example, Father and Mother were married with one child, Child. They are both based in New York. Father and Mother divorced, and the stipulation that was made part of the divorce decree gave Mother custody of Child, with Mother having Child majority of the time during weekdays and Father having Child during weekends. Father, the noncustodial parent, received a lucrative job offer based out of state and has decided to accept it. Does Father need a court order to move out of state? No, he does not need a court order to move if he is not bringing Child with him. Can Mother go to court claiming that Father is violating the custody order by not having their child, Child, during weekends, now that Father is out of state? No, Mother cannot claim Father has violated the custody order by not utilizing his visitation rights. Father’s non-utilization of visitation rights will only make the court lessen his visitation time.

Family law issues, especially child custody, can be adversarial, contentious, and emotional. In these cases, you need a skilled child custody lawyer, like us, beside you who can advocate for your rights and present a good case in court that will grant you custody. Should you have issues in family or child custody and need assistance, we at the Law Offices of Albert Goodwin are here for you. We have offices in New York, NY, Brooklyn, NY and Queens, NY. You can call us at 718-509-9774 or send us an email at attorneyalbertgoodwin@gmail.com.