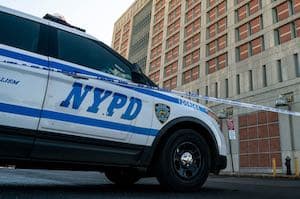 Many instances of police misconduct have been reported in New York, such as false arrests, use of unreasonable excessive force, illegal searches and seizures, discrimination based on race, gender, age or sexual orientation, assault, and physical or verbal abuse, to name a few, with some instances even leading to wrongful death.

We will never forget the killing of George Floyd, an African American, in the hands of the Minneapolis police in 2020 that sparked a nationwide Black Lives Matter movement. He was arrested on suspicion of using a counterfeit $20 bill and was pinned down with knees over his neck by a white police officer for nine minutes, even if he claimed “I can’t breathe,” leading to his death. The city of Minneapolis settled the civil lawsuit with George Floyd’s family for $27 million.

Prior to this, in 2014, Eric Garner, an unarmed man, was killed by a New York City Police Department officer via a prohibited chokehold during arrest on suspicion of selling single cigarettes from packs without tax stamps. The city of New York paid the Garner family $5.9 million in an out-of-court settlement.

When you or someone you know has been a victim of police misconduct, it is important to consult immediately with a police misconduct lawyer in New York, NY. We can advocate your case so that you may be reasonably compensated by the municipal government for the physical damage, emotional distress, and mental anguish suffered in the hands of the police.

Legal basis for a claim

The municipal government is liable in a civil action for deprivation of rights under 42 USC § 1983. In Jackson v. Police Department of the City of New York, et. al., 192 A.D.2d 641 (1993), the Court provided the requisites to recover damages under § 42 USC § 1983: (a) an official policy or custom that (b) causes the claimant to be subjected to (c) a denial of a constitutional right. Most cases under 42 USC § 1983 generally allege the city’s failure of adequately training police officers as basis for liability for police misconduct in New York, NY.

In Delgado, et. al. v City of New York, et. al., 86 A.D.3d 502 (2011), the court held police officers liable for excessive use of force in executing a facially valid search warrant. The police officers applied for and received a search warrant based on unreliable information that the residents in the apartment were a couple and an infant who were dealing drugs. Upon execution, they found instead a mother with her six sleeping children. Despite the discrepancy in the description of the people residing in the apartment, the officers still pushed the children ranging from 9 to 17 years old to the ground and held guns to their head while the apartment was searched, yielding no drugs. The captain who supervised the operation was held liable, despite the facially valid search warrant.

In Johnson v. Kings County District Attorney’s Office, et. al., 308 A.D2d 278 (2003), the court upheld a 42 USC § 1983 claim against the City for the conduct of the District Attorney’s office who failed to immediately verify and investigate a South Carolina fugitive warrant, which unreasonably detained plaintiff for 24 days when he was arrested simply for carrying an open container of beer in Coney Island and repeatedly denied he was the same person in the South Carolina fugitive warrant.

Statute of Limitations for Deprivation of Civil Rights and Police Misconduct

The statute of limitations period for filing a claim depends on the wrongful conduct alleged in the complaint. The cause of action could be based on a violation of law, a tort, or a department policy. Different deadlines may be mandated by state, federal, and municipal laws.

As a general rule, however, a person who has experienced police misconduct in New York, NY must file a notice of claim with the controller’s office within 90 days from the incident (or if wrongful death occurred, within 90 days from the appointment of a personal representative of the estate). General Municipal Law § 50-e. A case must be filed with the court within one year and 90 days from the date of incident. For filing a federal case, however, a notice of claim is not required, and the lawsuit can be filed up to three years from the date of the incident. Consult with a police misconduct lawyer in New York, NY when filing a claim, since there are statutory requirements regarding the form and contents of the notice of claim, as well as the service of such notice. Failing to comply with these requirements may be prejudicial to the claim.

It is recommended to file the claim as soon as possible so witnesses may be immediately identified and evidence may be gathered and preserved. As in all cases filed before the courts, the strength of one’s claim depends on the evidence to be presented. A police misconduct lawyer in New York, NY can help you in evaluating your case and assisting you in your presentation of evidence to ensure a strong case with likelihood of success is receiving reasonable compensation for the injuries you have suffered.

In most police misconduct cases, a lawyer typically accepts a case on a contingency, where the lawyer will receive 1/3 of the any amount received by virtue of the case. Consult with your police misconduct lawyer in New York, NY to find the best legal representation on the fairest deal you can have regarding legal fees.

If you or someone you know has been the subject of police misconduct in New York, we, at the law offices of Albert Goodwin, are here for you. We have offices in New York, NY, Brooklyn, NY and Queens, NY. You can call us at 718-509-9774 or send us an email at attorneyalbertgoodwin@gmail.com.