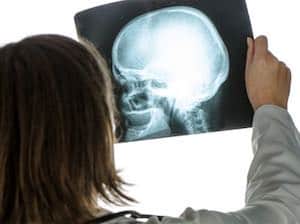 Premises liability refers to the responsibility of the owner or possessor of property to maintain the premises free of obvious and potential dangers that could harm third persons in their premises.

To prove a case for premises liability, one must show the following: (a) that the injured person was either lawfully on the property or if a trespasser, the owner or possessor knew that the trespasser was on the property; (b) the owner/possessor was negligent regarding the unsafe condition, meaning it had actual or constructive notice of the dangerous condition and failed to do something about it; and (c) the owner/possessor’s negligence caused the injury.

In this example, suppose that Michael was previously in the bathroom, saw the puddle of water, and reported it to the bathroom janitor. The bathroom janitor had an emergency, stepped out of the mall for a while to go home, and when he came back and was about to clean the puddle, John had already slipped. In this case, the mall owner can be held liable because the mall owner, through its agent, the janitor, had notice of the puddle and did not do anything about it.

Suppose, on the other hand, that the mall owner had a schedule every thirty minutes where the janitors of the building would go to the bathroom to clean it, including the floor and make it free from puddle. There was no reported incident of a wet floor in the bathroom. Still, John slipped because of the wet floor. In this case, it would be more difficult to prove negligence on the part of the mall owner because it was maintaining its duty to keep the bathroom floor, among other things, puddle-free every 30 minutes.

Let’s take the example further and assume that John was a trespasser. Suppose that the mall was still closed. The mall was going to open at 10am. John arrived in the mall at 9:30am before it opened. All doors were closed except for an employee’s entrance with a barricade, and John was not an employee. John really needed to use the bathroom, so without anyone knowing, he snuck inside the mall through the barricaded employee’s entrance to use the bathroom. On the way to the bathroom, John slipped. Is the mall liable? In this case, it will be hard for John to prove that the mall owed him a duty of care, and that the mall breached the duty of care through negligence because John had no right to be in the mall at that time.

Suppose, however, that John arrived in the mall at 9:30am, there was a guard in the employee’s entrance, John asked the guard if he could use the bathroom, the guard told John ‘no,’ John did not listen to the guard, and in front of the guard, entered the mall and the guard allowed him to enter the mall without issue, then John slipped in the bathroom, is the mall liable under the theory of premises liability? In this case, John can argue that although he was a trespasser, the mall management knew about his trespass and did not do anything about it. The mall had a duty of care to John to ensure that the mall was free of dangerous conditions when John entered it.

Another exception to the trespasser rule (aside from the trespasser known to the owner) involves attractive nuisance and children. Under the doctrine of attractive nuisance, a property owner may be held liable to a trespasser-child if the property owner has an object in its property which is likely to attract children and does not take special responsibility to protect children from the attractive nuisance. For example, a property owner, Michael, has a swimming pool in its house. His neighbor, John, has two children, Jenny, 9 years old, and Anna, 7 years old. One hot summer day, Jenny and Anna snuck inside Michael’s house to use the swimming pool. Jenny drowned. Michael can be held liable because he did not fence his pool to ensure that children, even if they are trespassers, would not be able to get into it.

Suppose, however, that the attractive nuisance in Michael’s property was not a swimming pool but a pond, is Michael still liable? In this case, Michael can argue that the pond is not an attractive nuisance, and he had no duty to fence it from trespassing children, even if such pond was in his property.

Other examples of premises liability are school injuries, elevator and escalator accidents, negligent security in residential and commercial buildings, restaurant and store accidents, and property owner negligence, to name a few. Premises liability involves many issues in proving negligence. A skilled lawyer will be able to evaluate your case to ensure that you get compensated for injury arising from dangerous conditions in another person’s premises.

Comparative negligence and assumption of risk

In the same example above, suppose John tripped, not on a puddle of water, but a large rock in the middle of the mall that could easily be seen. In this case, although the mall can be held liable, the mall can argue for an apportionment of damages based on comparative negligence because it was easy for any person to see the large rock in the middle of the mall. John could have prevented the injury by walking around the large rock. Yet, John contributed to his own injury by walking on the rock instead of around it. Under the theory of comparative negligence, damages awarded to John could be diminished because of John’s comparative negligence.

In New York, most premises liability claims, such as slips and falls, can be filed within three (3) years from the time of the incident. However, under General Municipal Law § 50-e, if the property owner or possessor is a public corporation, county, town, or city (i.e., the school district), a notice of claim within 90 days from the time of incident must be filed with the relevant entity, and a lawsuit must be filed within 1 year and 90 days. If the claim is against the State of New York, the Court of Claims has jurisdiction. The injured party must file a notice of claim with the court or notice of intention to file a claim with the Attorney General within 90 days of the incident. If the incident resulted to death, the personal representative of the estate only has 2 years from date of death to file the case.

If you have suffered any injury in the premises of another person, you may have a premises liability claim. Immediately consult a lawyer so you can learn your options, since there is a short window of time to file a case. Should you need assistance, we, at the Law Offices of Albert Goodwin, are here for you. We have offices in New York, NY, Brooklyn, NY and Queens, NY. You can call us at 718-509-9774 or send us an email at attorneyalbertgoodwin@gmail.com.