Rights of Heirs to an Estate 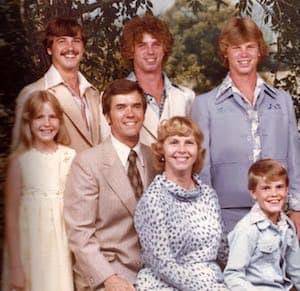 The rights of heirs to an estate generally depend on whether there is a will or not.

If there is a will, then the decedent’s will controls as to who will are the heirs of the estate. The only exception to this is the spouse who is an heir. In New York, even if the decedent does not leave any property to his/her spouse under his/her will, the spouse will always have the right to receive property from the deceased spouse.

If there is no will, then New York state law determines who are the heirs of the estate.

An estate where there is no will

An estate where there is a will

For example, John and Martha are spouses with three children, Rachel, Ross, and Chandler. John died with a net estate of $100,000. In his will, he completely omitted all his heirs: Martha, Rachel, Ross, and Chandler. He left his entire estate to Michelle, his secretary in the office, who apparently was his good friend and confidant. Even if Martha was completely omitted from the will, Martha can exercise her elective right under EPTL § 5-1.1-A to receive $50,000. Martha can exercise this elective right to receive $50,000, even if she receives something in the will, for as long as that value is less than $50,000.

In the example above, even if John can completely disinherit his children, Rachel, Ross, and Chandler, Michelle cannot proceed with the probate of the will without notifying the spouse, Martha, and the children, Rachel, Ross, and Chandler, about the proceedings to admit the will. All of the heirs, Martha, Rachel, Ross, and Chandler, can contest the will, saying that John did not validly execute the will in accordance with New York laws, and John did not have testamentary capacity to execute the will because he had diminished mental capacity coupled with undue influence and/or coercion exerted by Michelle. If, despite the will contest, the will is later on declared valid by the court, the spouse, Martha, can still exercise her elective right as spouse to receive $50,000 of the net estate, leaving Michelle only with $50,000.

If you are an heir wondering whether you have a right to the estate of your loved one, consult a lawyer immediately to know your rights. There are prescribed periods to appear before the court and contest a will, and it is important that your rights are represented in this regard. Should you need assistance, we, at the law offices of Albert Goodwin, are here for you. We have offices in New York, NY, Brooklyn, NY and Queens, NY. You can call us at 718-509-9774 or send us an email at attorneyalbertgoodwin@gmail.com.