The legal concept of undue influence does not readily lend itself to precise definition or description, as it is decided on a case-to case basis.

The dictionary definition of “influence” is “to have an effect on behavior of someone.”

The dictionary definition of “undue” is “unwarranted or inappropriate because excessive or disproportionate.”

Accordingly, the combined dictionary definition would be somewhat awkward, “an unwarranted or inappropriate effect on someone’s behavior because excessive or disproportionate.”

The key is that mere “influence” is not enough to overturn a will – the influence has to rise to the extent of being “undue.”

It is easier to establish undue influence if the following factors are present:

A common law presumption of undue influence can possibly be established if:

The case law set forth by New York courts has established some criteria by which undue influence can be distinguished from benign influence:

New York courts also established what is not undue influence but benign influence:

New York courts state that lawful influences which arise from the claims of kindred and family or other intimate personal relations are proper reasons in the disposition of estates, and if allowed to influence a testator in his last will, cannot be regarded as illegitimate or as furnishing cause for legal condemnation.

Undue influence is seldom practiced openly, but it is, rather, the product of persistent and subtle suggestion imposed upon a weaker mind and calculated, by the exploitation of a relationship of trust and confidence, to overwhelm the victim’s will to the point where it becomes a willing tool to be manipulated for the benefit of another.

The Two Categories of Undue Influence as Defined by Law

If you are wondering how you can contest a will in New York based on undue influence, you should first realize that a person may make a testamentary disposition of his worldly goods as he pleases. The motives and vagaries or morality of the testator are not determinative provided the will is the free and voluntary disposition of the testator and is not the product of deceit.

There are two principal categories of undue influence in the law of wills, the forms of which are circumscribed only by the ingenuity and resourcefulness of man. One class is the gross, obvious and palpable type of undue influence which does not destroy the intent or will of the testator but prevents it from being exercised by force and threats of harm to the testator or those close to him. The other class is the insidious, subtle and impalpable kind which subverts the intent or will of the testator, internalizes within the mind of the testator the desire to do that which is not his intent but the intent and end of another.

Secrecy in making the will, i.e. not telling other family members and hiding the fact of the will from them, can be a factor in the definition of undue influence. 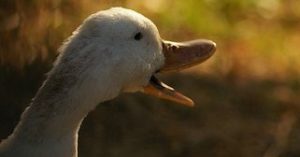 Normally, the burden of proving such influence rests with the party asserting its existence. However, if a confidential relationship exists, the burden is somewhat shifted to the beneficiary of the transaction to prove the transaction fair and free from undue influence.

We are referring to a person who had a “fiduciary or confidential relationship” with the decedent, meaning that they had control, care and responsibility for the decedent. This is usually the case where the decedent is vulnerable and depends on the person for care, advice and even companionship.

Examples of Fiduciaries Who Can be Presumed to Be in a Position of Influence:

Where those relations exist there must be clear proof of the integrity and fairness of the transaction, or any document obtained will be set aside or held as invalid between the parties.

The more mentally weak and physically infirm the decedent, the bigger chance there is that the beneficiary of their will will be presumed to be in a fiduciary position and will have to prove that the undue influence did not occur as opposed to the will challenger having to prove the occurrence of undue influence.

Whether or not there this burden shift applies depends on the circumstances and can be different from case to case. Mere speculation that opportunity and motive existed to exert such influence will not suffice to raise a triable issue as to whether the will reflected the intent of the testator.

Beneficiary Interfering in the Will Drafting

If the beneficiary of the will is the person who found the attorney, drove the decedent to the attorney, or was in any other way involved in the will drafting process, that fact is considered a factor in defining an undue influence claim. 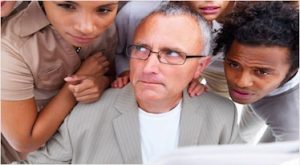 A good way to look at how courts view undue influence is to examine how courts typically react to different family dynamics and to look at the factors that the courts consider important.

If you are interested in how to more precisely define undue influence, you can’t miss this great article from the American Bar Association that looks at the psychological factors of how undue influence – what they call the predisposing factors, vulnerability enhancers and execution variables.

In our experience, all things being equal, there is a preference for a relative over a non-relative. When the decedent left their estate to a friend and cut out a relative, the courts will take a close look at what happened. The closers the consanguinity, the more favor with the court.

The courts have looked at caretakers who are not relatives with suspicion. This is especially true of aides and nursing homes. This is because aides have the most access to the decedent and there have been cases where aides acted unprofessionally and took advantage of their position of access to have a sick and elderly person sign documents they did not even want to sign or did not know they were signing, or to convince a frail mind of an elderly and mentally diminished person that they want to sign such a document. Although the vast majority of those who so care for the aged are honest and dedicated professionals, the relationship is one from which the greedy and the corrupt may find considerable gain.

Courts pay careful attention if the aide or nursing home is isolating the decedent’s family or prior trusted advisors. False accusations and restriction of physical and phone access are viewed by the courts as isolating a vulnerable senior from their sources of emotional support and making them more susceptible to undue influence.

People can fight and have disagreements and still love each other deeply. This is why evidence of fighting and animosity between relatives does not necessarily mean that the court will admit a will where they are cut out.

Undue influence is something that can defy an easy definition. Will contests based on undue influence are very subtle and challenging, both to prosecute and to defend. If you would like to discuss your situation with a York City estate attorney, call the Law Offices of Albert Goodwin at (212) 233-1233 or (718) 509-9774.