What Can Be Paid Out of an Estate Account? 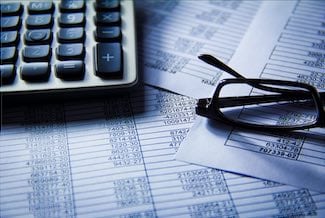 Once an executor is appointed by the probate court, the first question to ask is, ‘what can be paid out of an estate account?’ Generally, creditors’ claims, taxes, ordinary and necessary expenses, and the distribution to beneficiaries or distributees can be paid out of an estate account. However, the executor has to get the order of payments right. In New York, this order of priority of payments is provided in Surrogate’s Court Procedure Act (SCPA) § 1811. The executor may be held personally liable if he does not follow the order of priority of payments, and the estate funds are later found insufficient to pay for all debts.

For example, Adam died in December leaving $100,000 in his bank account. Adam’s brother, John, paid for Adam’s funeral expenses worth $5,000. Adam named his brother, John, as his executor. John filed a petition to probate Adam’s will in February, and John was appointed as executor of Adam’s estate in March. In the meantime, John received a credit card bill worth $8000 and a bill for the balance of Adam’s student loan debt with a private financial institution worth $90,000. John paid himself $5,000 for the funeral expenses and the credit card $8000. He paid the private bank the remaining balance of $87,000 for the student loan debt, leaving a deficit of $3000. Sometime November, the estate of Adam was assessed income tax of $5000 with penalties for the previous year from January until the death of Adam in December because there was a failure to file an income tax return for Adam. John claims he is not liable anymore because there is no money in the estate account. Under SCPA § 1811, debts due to the United States government have preference over the credit card bill and the student loan debt. Because John failed to observe this priority, he can be held personally liable for the tax debt.

Order of priority of payments

As an executor, aside from knowing what can be paid out of an estate account, it’s important to know who to pay first so that you won’t be personally liable for any disbursements made. If in doubt, consult with your estate attorney.

As a general rule, all debts of the decedent should be paid first before distributing anything to the beneficiaries or distributees. In deciding which debt to pay first, SCPA § 1811 provides the guidelines. The priority of paying probate claims in New York is as follows: (1) Funeral and burial expenses; (2) Administration expenses and attorneys’ fees; (3) Estate and personal taxes owed by the decedent; (4) Medical bills relating to the decedent’s death or any illnesses that was the cause of death; (5) Judgments; (6) Secured debts such as mortgages or car loans; (7) Unsecured debts such as credit card bills.

In the example above, John was justified in paying himself the funeral expenses that he advanced for Adam’s funeral. Funeral expenses enjoy first preference in payment of probate claims. However, before paying the unsecured debts of the credit card and the student loan, John should have paid first Adam’s income tax for the previous year. Because he failed to observe this priority, John can be held personally liable for the payment of Adam’s income tax.

As an executor, in deciding what can be paid out of an estate account, it’s also important to ensure that the claims made are valid. Otherwise, the executor can be personally liable for paying invalid claims. Under SCPA § 1803, a creditor claim must be in writing and must contain the amount and a statement of facts upon which it is based. The fiduciary/executor may also request additional proof by affidavit regarding the amount of claim due, payments made, or the existence of offsets and other evidence of indebtedness. This notice of claim must be delivered to the executor either personally or by certified mail, return receipt requested.

In the example above, suppose that the student loan debt was not made by a banking institution but the uncle of Adam, Robert. When Robert learned that Adam died, Robert sent his nephew, John (the current executor), an email claiming that he advanced money in the amount of $90,000 for Adam to be able to study in university. John requested for a copy of the loan agreement, but Robert did not produce anything. Yet, John still paid Robert the amount of $87,000, the remaining balance that was left from the $100,000 bank account, after paying the funeral expenses and credit card debt. In this case, the beneficiaries of Adam’s estate can object to the payment made by John because it is an invalid claim. First, it was not sent by certified mail, and second, Robert did not provide any proof, even by affidavit, of the indebtedness. For these reasons, John may be held liable for paying Robert $ 87,000 which can be considered an invalid claim.

If you are a beneficiary who wants to ensure the validity of the expenses made out of the estate account or you are an executor being held personally liable for disbursements made from the estate account, we, at the Law Offices of Albert Goodwin, are here for you. We have offices in New York, NY, Brooklyn, NY and Queens, NY. You can call us at 718-509-9774 or send us an email at attorneyalbertgoodwin@gmail.com.