What Does an Entertainment Lawyer Do Day-to-Day 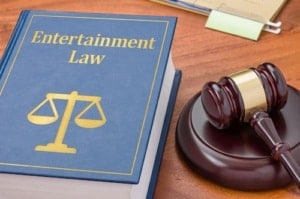 Producing a record, film, or TV show involves numerous people with individual intellectual property rights, and for this reason, several contracts are needed to protect each person’s own interests and avoid potential disputes.

A film or show begins with an investor or producer who has rights to a screenplay and would like to have it produced without going through the inconvenience of production. Sometimes, when the budget is too big, this investor collaborates with other investors in a co-producer contract, and they then form a limited liability company for the sole purpose of producing, licensing, and distributing the film or show.

The investor or producer would enter into a Production Services Agreement with a production services company to produce the screenplay under a given budget, with the investor/producer retaining full intellectual property rights (including distribution) and the right to designate and/or approve certain elements of the production, such as the director, writer, editor, lead cast members, and changes to screenplay.

Problems normally arise in these production services agreements when the company fails to obtain the proper contracts from the artists that would transfer the required intellectual property rights to the investor/producer, leading to issues on chain-of-title. Other problems relate to going over-budget and payroll problems, which lead to suits by the union of the cast, crew, and other participants against either the production services company or the investor/producer, whoever is the easier target.

What an entertainment lawyer can do is oversee all aspects of drafting these contracts from production to distribution in order to fully protect his client.

The actor contract is one of the most important contracts in the movie or show production process that an entertainment lawyer should negotiate.

Important provisions to look out for are the employment term, work hours and days, compensation, exclusivity, the right to the actor’s image and likeness for promotional or merchandising purposes, and appearance for promotion and publicity services.

Negotiating points normally relate to compensation, whether it be flat rate, hourly, per performance, or percentage of proceeds. For the transfer of intellectual property rights of the actor’s image and likeness, the actor most likely should consent to appearing in the production.

However, he may have leverage in the use of his image for merchandising purposes (which could include T-shirts, posters, action figures, books, etc.), and request for compensation equivalent to a percentage of the sale proceeds.

The contract of a recording artist with his record label is very important. Just look at what happened to Taylor Swift and her previous label regarding her earlier works.

What an entertainment lawyer will do is negotiate to make this “recoupable” instead, which means the record label gets the advance back after the recording artist begins earning royalties. The royalty provision is very important because it relates to the compensation of the recording artist.

The key points to look out for are the percentage of sales the artist will receive and any reductions in the way the royalties are computed. An lawyer will be crucial in negotiating these provisions.

The management contract is an agreement between an artist and his manager. Normally, the term is between three to four years, but from the perspective of an artist, it’s always better to have a shorter team, so he can change managers in case he is unhappy. The important provisions in the management contract are authority, commissions, and collection of money.

Managers normally ask for 20% of the artist’s gross earnings, but what an entertainment lawyer can do is negotiate, define, and limit gross earnings to a particular industry. It should not include the artist’s earnings from the stock market or passive investments and should exclude non-industry income (i.e., music earnings vs. film earnings). Sometimes, managers ask unsuspecting artists to sign a power of lawyer in their favor, authorizing the manager to sign contracts on behalf of the artist. An entertainment lawyer will likely advise an artist against signing documents like these.

Lastly, collection of money can be an issue between artists and their managers, because the manager wants to make sure he is paid. For this reason, the entertainment lawyer should be clear in drafting the management contract to include a procedure for collection (i.e., placing the gross earnings in a joint bank account, with audit rights for each party, and the agreement to maintain true and complete books and records of income).

An entertainment lawyers is prepared to go into litigation, especially when it comes to protecting their clients’ intellectual property rights. But mostly, the work of an entertainment lawyer is transactional with the many types of contracts involved in the creation, production, licensing, and distribution process.