What is a Pecuniary Interest? – Explanation and Definition 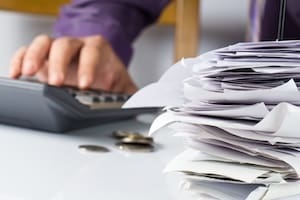 What is a pecuniary interest? Generally speaking, is an interest relating to money.

The following people can contest a will because they have a pecuniary interest or an interest relating to money:

For example, D dies, survived by his spouse, A, and their two children, B and C. His parents, X and Y, and sibling, Z, are still alive. In D’s one and only last will and testament, he left all his assets to his spouse and children, A, B, and C. His parents and sibling, X, Y, and Z seek to contest the will in court. Will the court entertain the suit of X, Y, and Z? No, because X, Y, and Z do not have pecuniary or financial interest in the will. Because D is survived by his spouse and two children, even if D dies without a will, X, Y, and Z will not inherit from D under New York’s intestate laws.

If you feel that you have been omitted unfairly from a will, consult an experienced estates lawyer to see whether you have standing or sufficient pecuniary interest to contest a will. This will save you from thousands of dollars in litigation, only to learn later that the court has dismissed your case due to lack of legal standing.