When someone makes false accusations against you, what can you do 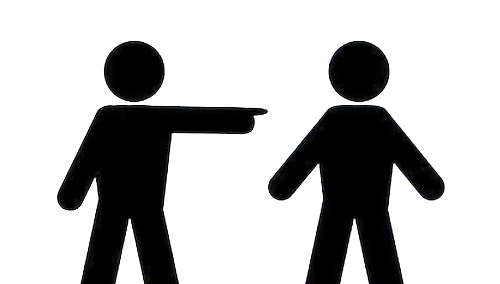 When someone makes false accusations against you, what you can do first is determine what is the worst-case scenario. Is this simply a reputation issue, or is your business at stake, or are you risking a criminal prosecution.

In the first category, the police is probably investigating you for the commission of a crime. A different strategy is needed in this case, such as preparing for a strong defense. In the second category where no crime is alleged but the accused incurs damages because of the false accusation, the remedies filing a suit for slander or libel, whichever is applicable.

If someone makes false accusations against you, what you can do first is to contact an attorney to find out what your options are and to get advise on how to not make the situation worse.

False accusations of a crime

When someone makes false accusations against you claiming that you’ve committed a crime, it is likely that the police is investigating the commission of the crime and the prosecutor may be building a case to file charges against you. If you are the accused, you need to take the charges seriously, even if they are false, and immediately seek the services of a lawyer. In this case, one’s life and liberty is at stake and the one needs to prepare a good defense to ensure that charges are dropped or at the very least, reduced.

When someone makes false accusations against you in regards to a crime and the police invite you for questioning, remember that you have the constitutional right to remain silent because anything you say can be used against you in a court of law. Being silent does not mean one is guilty because an accused is presumed innocent until proven guilty. It is better to have the lawyer be the one to first talk to the police and the prosecutor to avoid any confrontation that could lead to any emotional outburst that could hurt your case. Included in this right to remain silent is the right not to consent to a DNA test or any other test without the presence of your attorney.

2. Engage the services of an attorney immediately

The attorney can also conduct his own investigation by talking to other witnesses and looking over documents, emails, text messages, and other correspondences to find the best way and strategy to defend you and clear your name.

If you cannot afford an attorney, call the public defender’s office or legal aid immediately.

3. Your attorney will gather evidence

No case is won without evidence. Building a strong case requires the presentation of credible evidence that can exonerate the accused. In this evidence gathering stage, it is important to provide the attorney with: (a) names and contact information of witnesses who can provide helpful information about the accusations, the victim, and the incident; (b) physical objects that can help in the defense, such as clothing, photographs, and other items; and (c) documents that can strengthen the defense, such as emails, correspondences, receipts, GPS data, or other documentary evidence that can prove where the accused was at the time the crime was committed.

If charges were brought, the accused was arraigned based on false accusations against you, and the case was subsequently dismissed on the merits by the court, or rejected by the grand jury, or the accused was acquitted, the accused may bring an action for malicious prosecution against the accuser who initiated the prosecution with malice or gross and reckless disregard of the facts. Victims of malicious prosecution can claim damages arising from mental suffering and anguish, loss of reputation, lost wages and employment opportunities, and medical expenses relating to the negative impact the false accusation brought on one’s physical health and well-being.

Other false accusations against you that do not constitute serious crimes are normally made in writing in publications, orally in front of a third person, or in court or under oath in divorces and child custody cases, to name a few. There are four actions that can be filed, depending on the circumstances: civil cases of slander and libel or criminal cases of making false written statements (New York Penal Law § 210.45) or perjury. In slander and libel, both of which are forms of defamation, what is important is that the false accusations against you were made or published in front of a third party (who is not the accused). An essential element in an action for perjury is that the false statement was made under oath. In making a punishable false written statement, the statement does not need to be under oath but in a written instrument bearing a legally authorized form notice to the effect that false statements made therein are punishable.

To prove defamation (slander and libel), one needs to show: (a) a false statement of fact, whether written or oral, about a person; (b) published or spoken to a third party without privilege or authorization; (c) with fault amounting to at least negligence; and (d) resulting to special injury or harm, or constituting defamation per se. A different standard is applied, depending on whether one is a public figure or a private individual.

For example, a writer writes in a magazine that Person a abused his child. Person A did not abuse his child, but because of that article, lost his job. The writer can be sued for libel. If Person A actually abused his child, there is no defamation because truth is an absolute defense in libel.

If Person A was called by Person C’s prospective employer and Person A gave derogatory remarks about Person C’s work performance, Person C likely could not sue Person A for making alleged defamatory slanderous statements because of the qualified privilege that employers can make regarding their evaluation of the performance of their employees or former employees.

If Person A files a written statement under oath that Person C abused his child for purposes of winning a child custody case, Person A can be liable for perjury if proven that Person A made the statement knowing it was false.

Determining whether a statement is libelous, slanderous, perjurious, or punishable by a false written statement requires the experience of an attorney. If you have been subjected to false accusations against you involving a crime, it is important to seek counsel immediately. We at the Law Offices of Albert Goodwin are here for you. You can call us at at 718-509-9774 or email at attorneyalbertgoodwin@gmail.com.